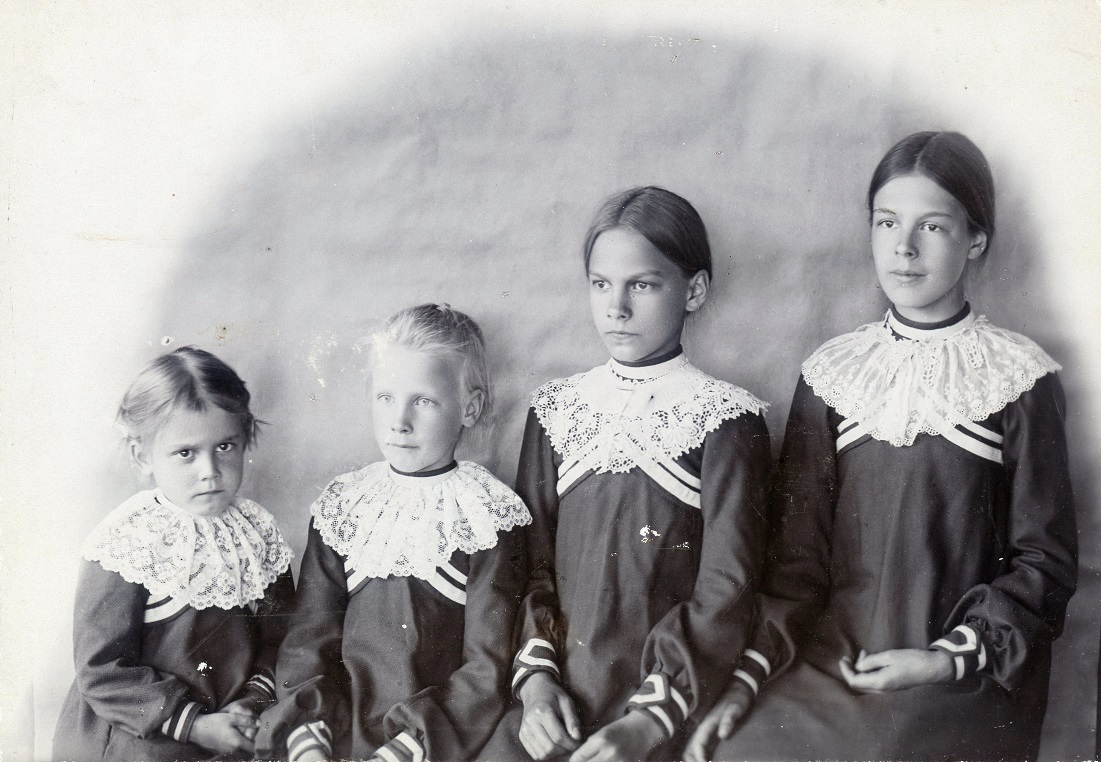 This late cabinet card (1900-1915) came to me from Finland.  The only information on it is a stamp on the front with the name Ellen Björklund:

I haven’t found any information about Ellen Björklund online, or even another photo by her, which is surprising.  I wondered if her studio might have been in Sweden, so I searched a large Swedish database, Rötter, but found nothing under that name.  (Rötter, meaning Roots, is a fantastic website for research, with thousands of photos contributed by users.)

Swedish women worked very successfully as commercial photographers in the 19th and early 20th centuries.*  One theory for their success is that they faced longstanding social barriers toward entry into other fields, including the arts, but that such barriers didn’t exist in the new field of photography.  However, women in most countries did face significant economic and social barriers to entrepreneurship, and that may have been the case in Finland, which was part of the Russian Empire until 1917.

Ellen Björklund may have worked professionally for only a short time.  Perhaps she married and continued to work under her husband’s name.  It’s more likely, however, that a marriage would have put an end to her career as a photographer. 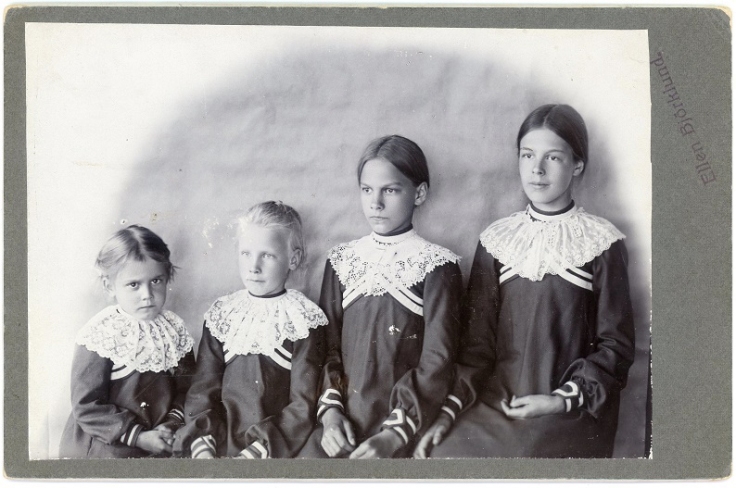 *I tentatively explored this interesting topic in a post in February 2018, Female photographers in Sweden: Mimmi Gustafsson and Mathilda Janson.  In January 2020 a photo from that post was included in a page about Mimmi Gustafsson on the website of the new Stockholm Museum of Women’s History (Stockholms Kvinnohistoriska), next to a paragraph under the heading Från Stockholm till Ohio (From Stockholm to Ohio).

47 thoughts on “Sisters by Ellen Björklund”