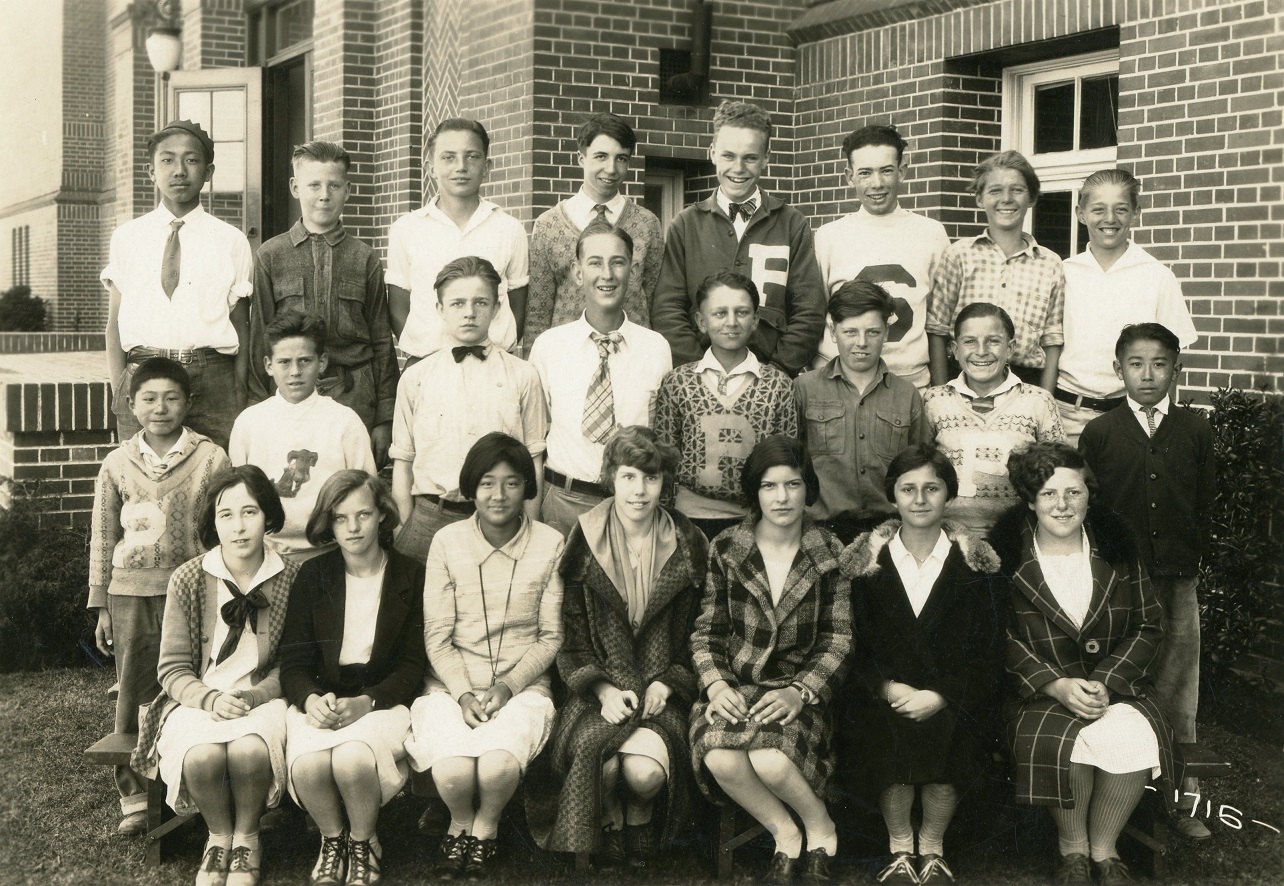 This is my first post with photos from California.  I don’t know the names of the kids or the year the photo was taken.  It was for sale together with another class photo that must have been taken a year or two earlier, because many of the same kids are in both photos (see below).  On the back of the earlier photo, someone wrote “Porter Grammar School.”  The Porter School was built in 1916 and burned down in 1973, on St. Patrick’s Day, with no loss of life.  The fire started at 9:35 p.m. on a Saturday night.  The building had previously been slated for demolition and replacement because it didn’t meet strict new earthquake standards.

The city of Alameda is “a unique island community located in the heart of the San Francisco Bay Area,” according to the website of the Alameda Museum.

You can see large scans of the two photos by clicking either thumbnail below and then selecting “View full size.”  My guess for a time period would be late 1920s.  My first assumption for a location was Washington State or Oregon, but California wasn’t a surprise at all.  Somehow these photos are just so West Coast.  I would have been surprised if they had originated anywhere else. 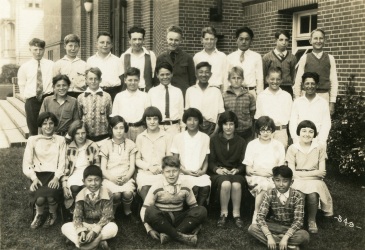 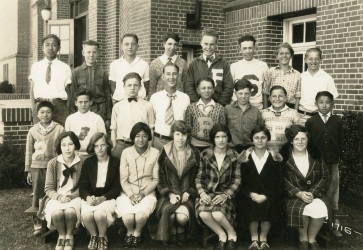 25 thoughts on “Students at Porter School in Alameda, California”