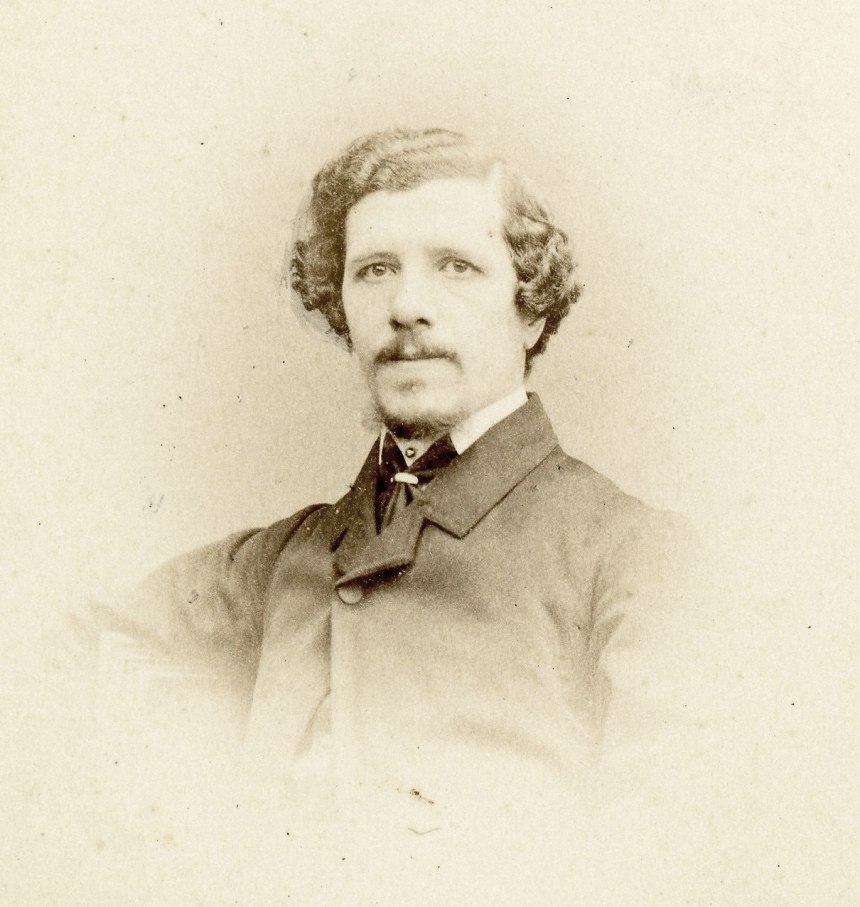 The man above is Henry Lenthall (1819-1897), a photographer who operated a studio at 222 Regent Street, London, where the photo was printed.  The studio had been established in 1856 by pioneering daguerreotypist William Edward Kilburn (1818-1891), when Kilburn moved there from his original (smaller) studio at 234 Regent Street.  In 1862 Kilburn retired from photography, at which point Lenthall took over the 222 Regent Street address.  Lettering on the front and back of the carte-de-visite describes Lenthall as Kilburn’s successor: 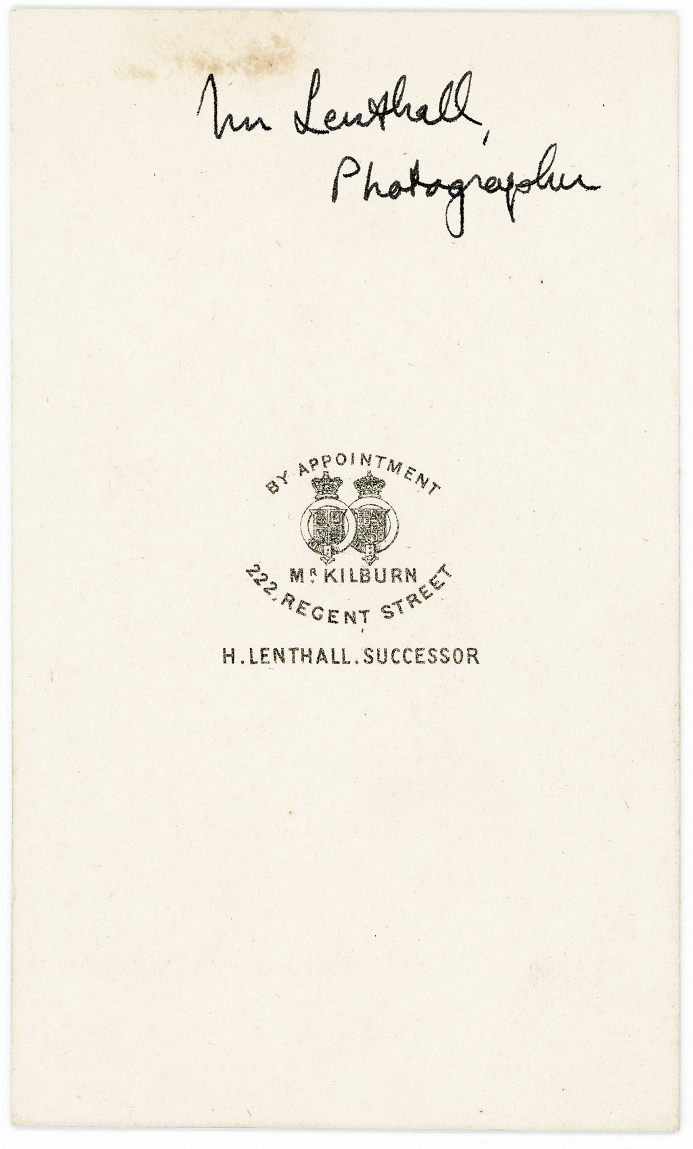 William Edward Kilburn’s distinguished sixteen-year career as a photographer had included serving as “Photographist to Her Majesty and His Royal Highness Prince Albert” from 1846 to 1852.  (Kilburn made the first daguerreotype portraits of Queen Victoria and her family in 1847.)  After Kilburn’s retirement, Henry Lenthall acquired the rights to reprint at least some of Kilburn’s photographs, such as this portrait of Florence Nightingale:

Lenthall may have given out cartes with his own portrait on them as a form of business card or calling card, a common practice in the 1860s and 1870s.  If so, other examples may exist, but I have yet to find another.  I bought this one from a photo dealer in Bath, England.

A list of all known portraits of Florence Nightingale mentions that Henry Lenthall’s stock was eventually acquired by the London Stereoscopic & Photographic Company.

David Wooters, “Daguerreotype Portraits by William E. Kilburn,” Image Vol. 33, Nos. 1-2 (Fall 1990): p. 21-29.  The most detailed article I found about Kilburn.  Lenthall is mentioned as his successor at the end of the article.