This post features seven photographs.  The first five were taken on August 1, 1891, in a small area of Cheshire, England, called Middlewood.  Just southeast of Middlewood is Lyme Park, which is now part of the Peak District National Park (created in 1951).  Less than ten miles west of Middlewood is Manchester Airport.

In these five photographs we see a group of people picnicking, boating, and standing on an embankment.  The images were made by two different photographers. 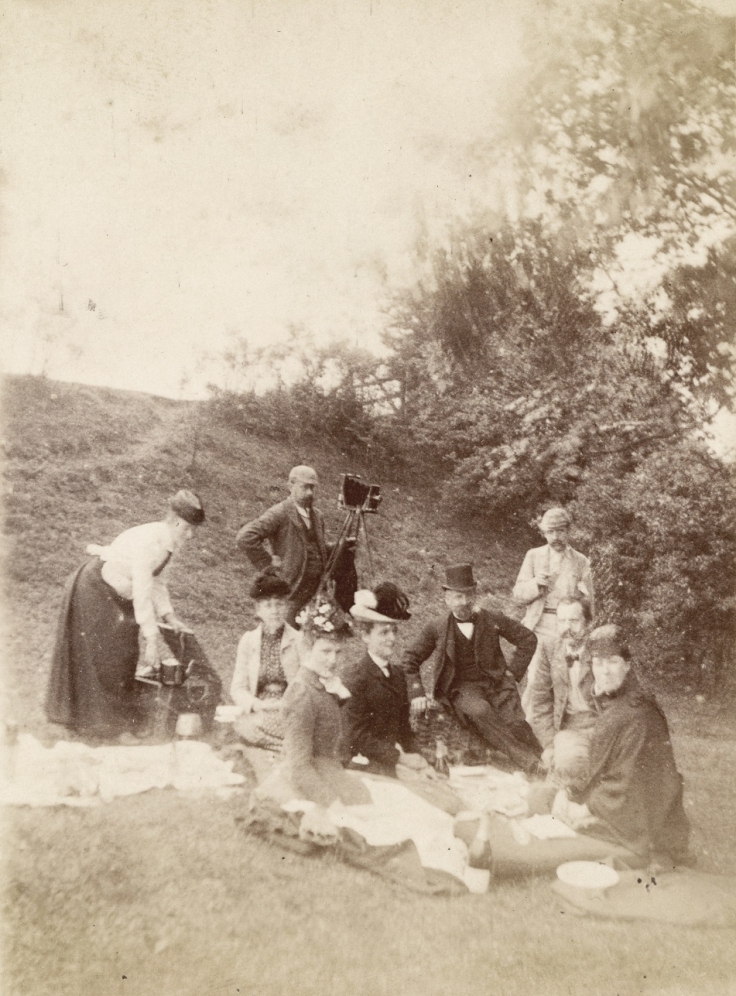 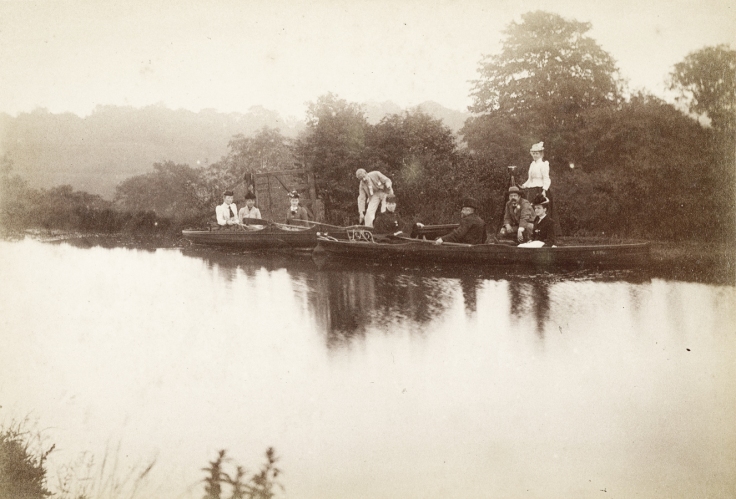 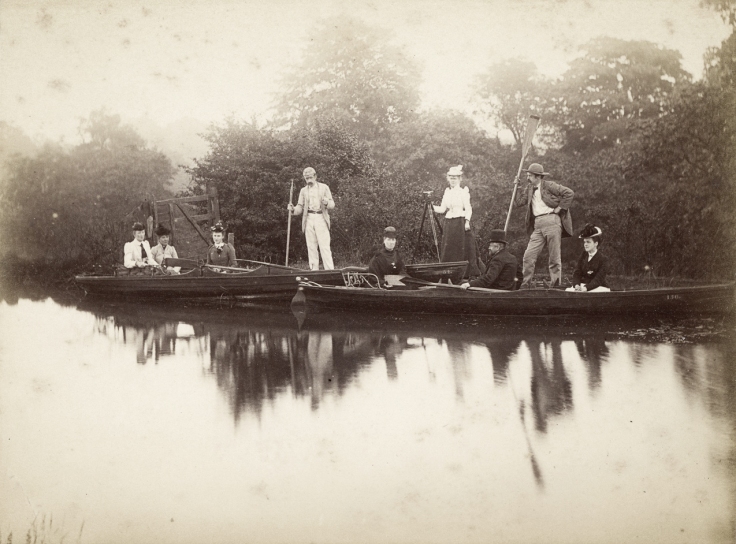 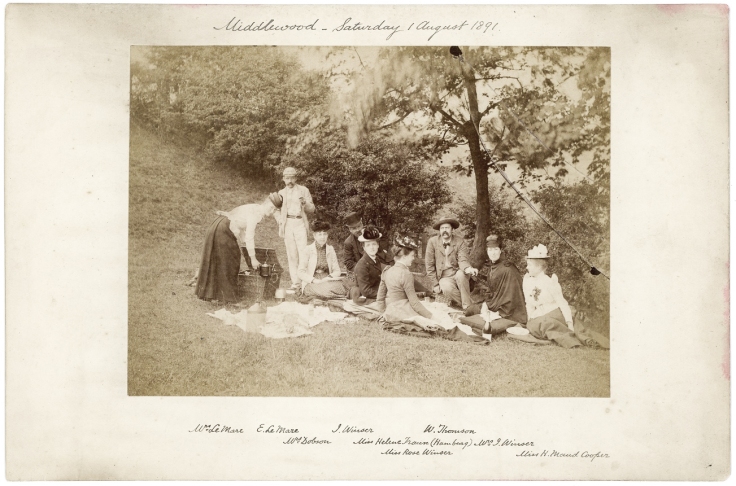 The man who took the photo above isn’t identified, but we see him standing at the back of the group in this detail from the second photo:

The photo above was taken by Miss H. Maud Cooper, who appears with her camera in the last three photos (and without it in the first one).  Here she is in two of them:

The sixth photo in the set is dated August 3, 1891.  The location and photographer aren’t identified. 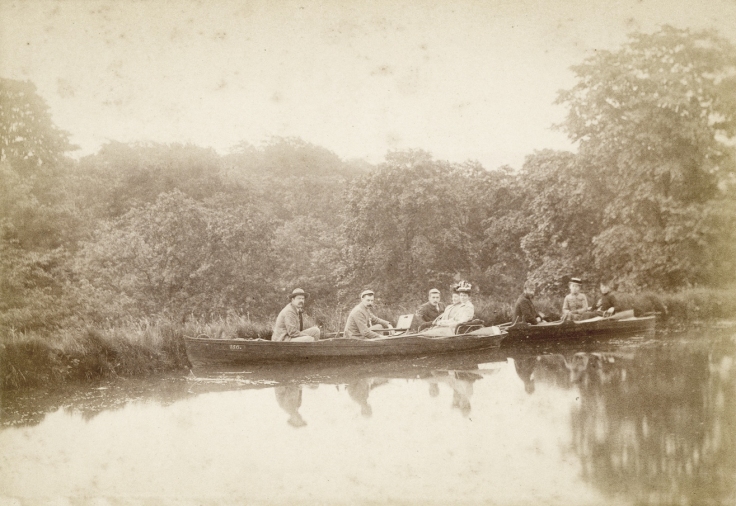 The seventh and last photo shows a different group of people with this annotation above it: 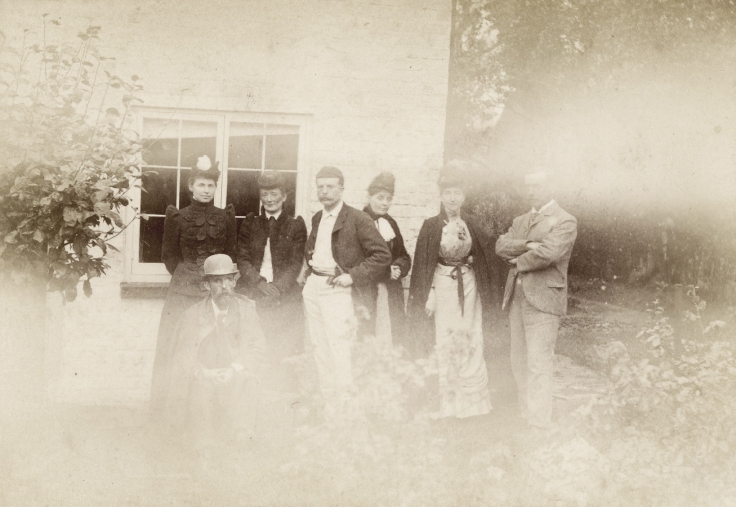 In the gallery below, you can see larger scans of all seven photos, along with a detail image of the group being photographed by Miss Cooper in the third photo.  In the first photo, lines and dark spots at upper right indicate that the glass negative was broken before the print was made: 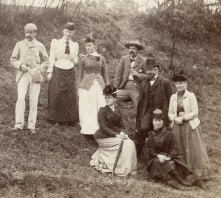 In this next gallery, you can see the photos mounted on stiff paper, along with annotations: 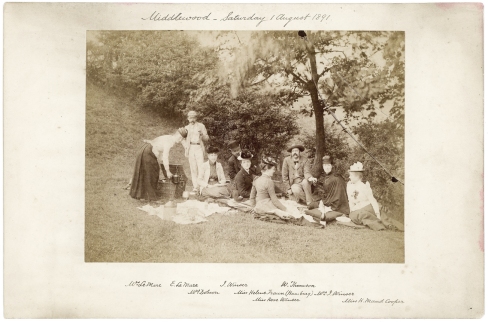 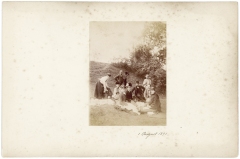 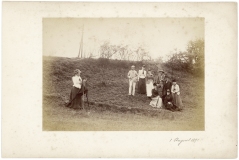 In other news, this is my 200th blog post!  I started blogging in April 2017 and it continues to be great fun.  I hope you enjoyed this trip through time to the summer of 1891!