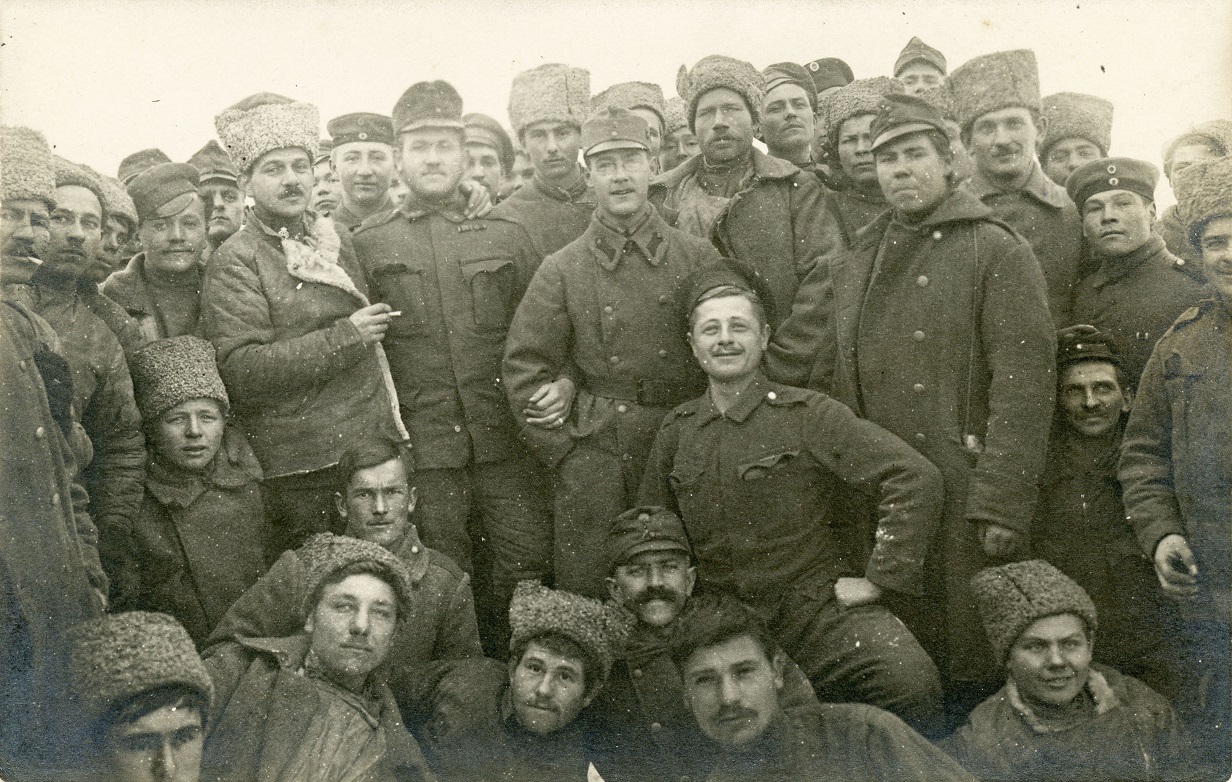 On December 15, 1917, an armistice was signed between the Central Powers and the new revolutionary communist government of Soviet Russia.  It went into effect two days later, on December 17.  The Soviets would officially leave the war the following March, after the Treaty of Brest-Litovsk, but the December armistice clearly felt like the end of the war to the Austrian and Russian soldiers in this photograph.  After three and a half years of trench warfare under appalling conditions, they climbed out of the trenches and clasped arms with former enemies.

Neither group of men would return home to a country at peace, but for a moment at least, they celebrated their survival together.

The back of the postcard has an inscription in German: “Armistice in Russia!  December 1917.”  Above the inscription, the letters “Ö” and “R” presumably refer to Austrian and Russian soldiers. 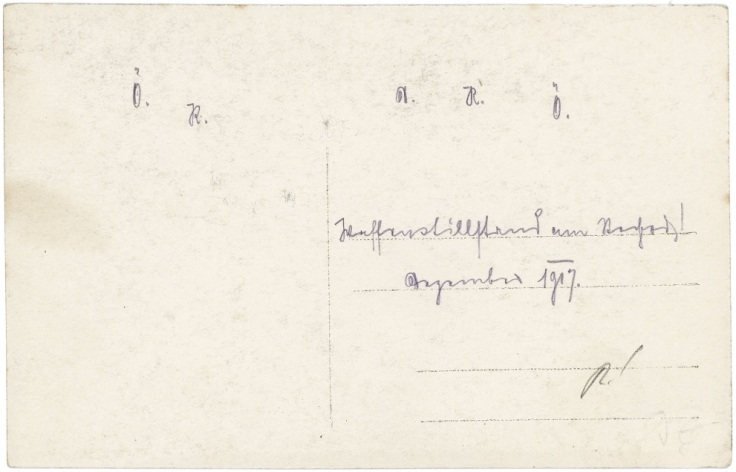 2 thoughts on “Armistice on the Eastern Front (December 1917)”