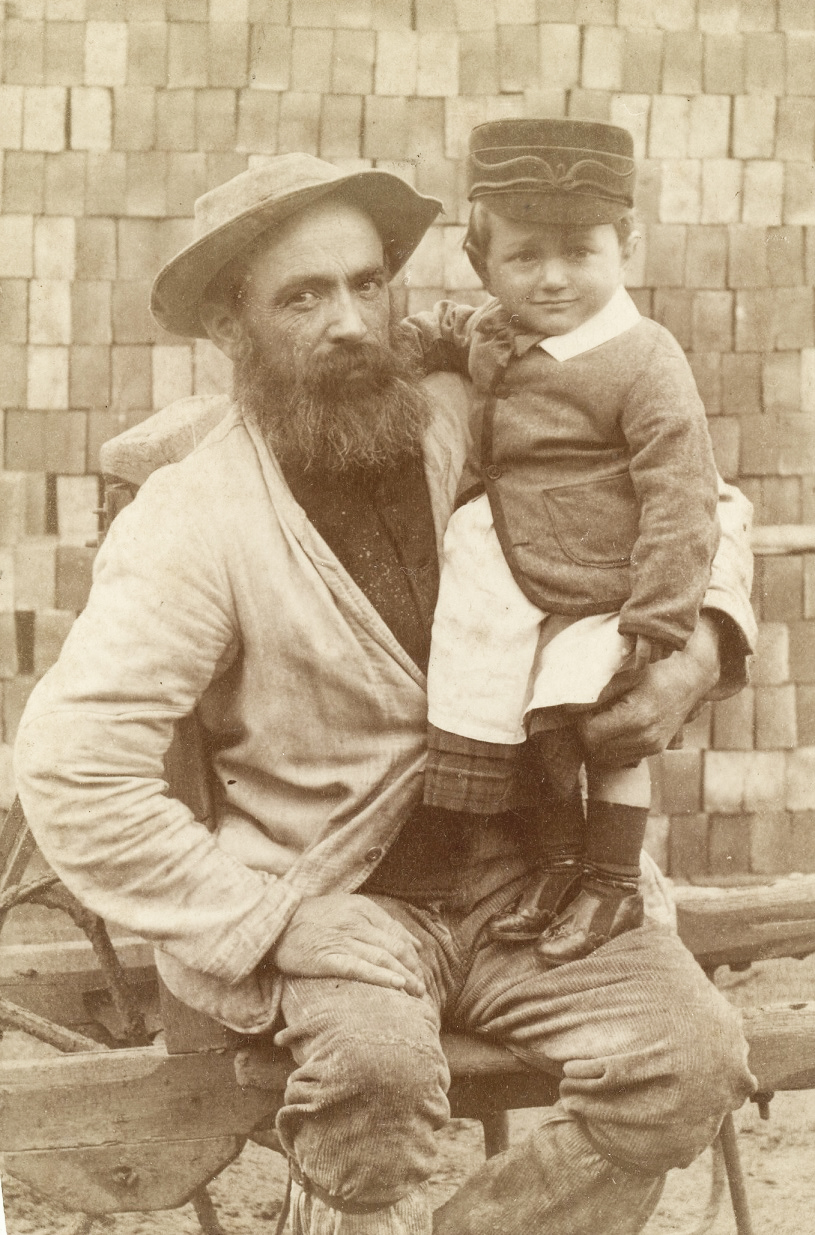 This carte-de-visite may have been made at High Brooms Brick and Tile Company, founded in 1885 in Southborough, Kent, England.  It’s hard to tell what the father is sitting on, but we can see he’s wearing gaiters of some sort below the knees, probably to keep his legs dry or clean.

The photographer is identified on the reverse as H.L. Mills, but I found no record of a studio under that name.  The design on the back is quite complex–a scene within a scene–and the dragonfly near the top is an unusual element.  The castle looks like an architectural fantasy rather than a real building.

The CDV was in a large box of portraits I bought a couple of years ago at an auction in Boston, Massachusetts.  The portraits had belonged to a dealer, who had written a price and an inventory number on the back of each one in pencil, occasionally adding notes about the subject, sitter or photographer.  I almost never write on photographs myself, except to add the identity of a sitter or an important date.  Since the dealer always wrote in pencil, it would be possible to erase the prices.  I’ve decided to leave them, as a record of what one owner felt the portraits to be worth.  In a way, the valuations are now part of the history of the photographs.

Some Highbrooms Brickworks buildings remain.  One now houses a pub called The Brick Works Freehouse.  It was formerly the High Brooms Tavern.

22 thoughts on “Brickmaker and son in Southborough, Kent”