On November 11, 1918, an armistice came into effect which ended the fighting on the Western Front in the First World War.  In connection with that event, many countries observe a public holiday or official day of remembrance on November 11 each year.  In the United States, Veterans Day honors all veterans of the armed forces.  (Those who died while serving in the armed forces are honored separately on Memorial Day.)  Commonwealth countries observe Remembrance Day, while France and Belgium observe Armistice Day (Armistice de la Première Guerre Mondiale).  Germany observes Volkstrauertag (people’s day of mourning) on the second Sunday before Advent (Nov. 17 this year), to commemorate the people of all nations who have been killed in armed conflicts.

I have many photos that were taken during the years of the First World War.  Some show soldiers near the front lines.  A few show wounded soldiers with medical staff.  A few show politicians with stern expressions, while others show ordinary people doing things that have little or no connection to the war.  I wanted to feature one photo in this blog post, but which one?  Could a single image evoke a long and devastating conflict?  Possibly, but that’s asking a lot.  I settled on the postcard above, sent by a German soldier in 1917.  The wooden sign at upper right says Wald-Kirche (forest church).  I find the absence of people in the photo haunting, as though the church had been built for a congregation who would never attend.  Are they in the trenches?  Have they all been killed?  Not all, probably, but their absence seems to evoke all the congregations of men who went off to serve their countries and never returned. 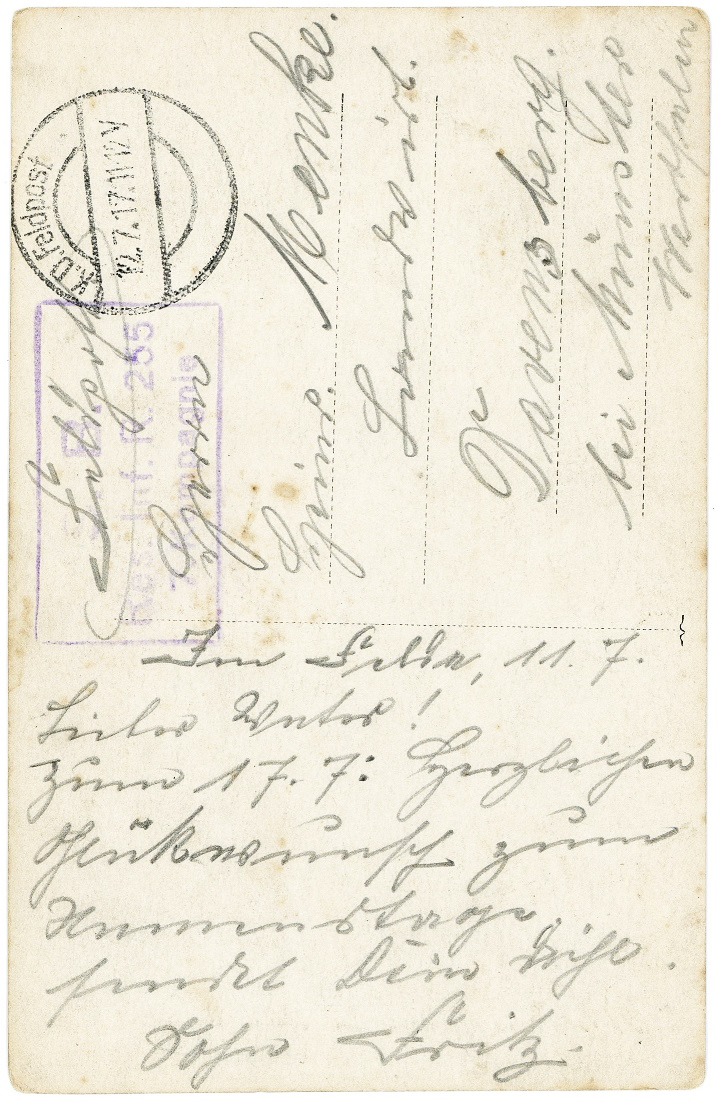 Update (Nov. 9): In a comment below this post, Joachim at Bibliothekspostkarten very kindly transcribed and translated the message above:

Joachim did the same for the address area of the card:

You can see a larger scan of the back here.