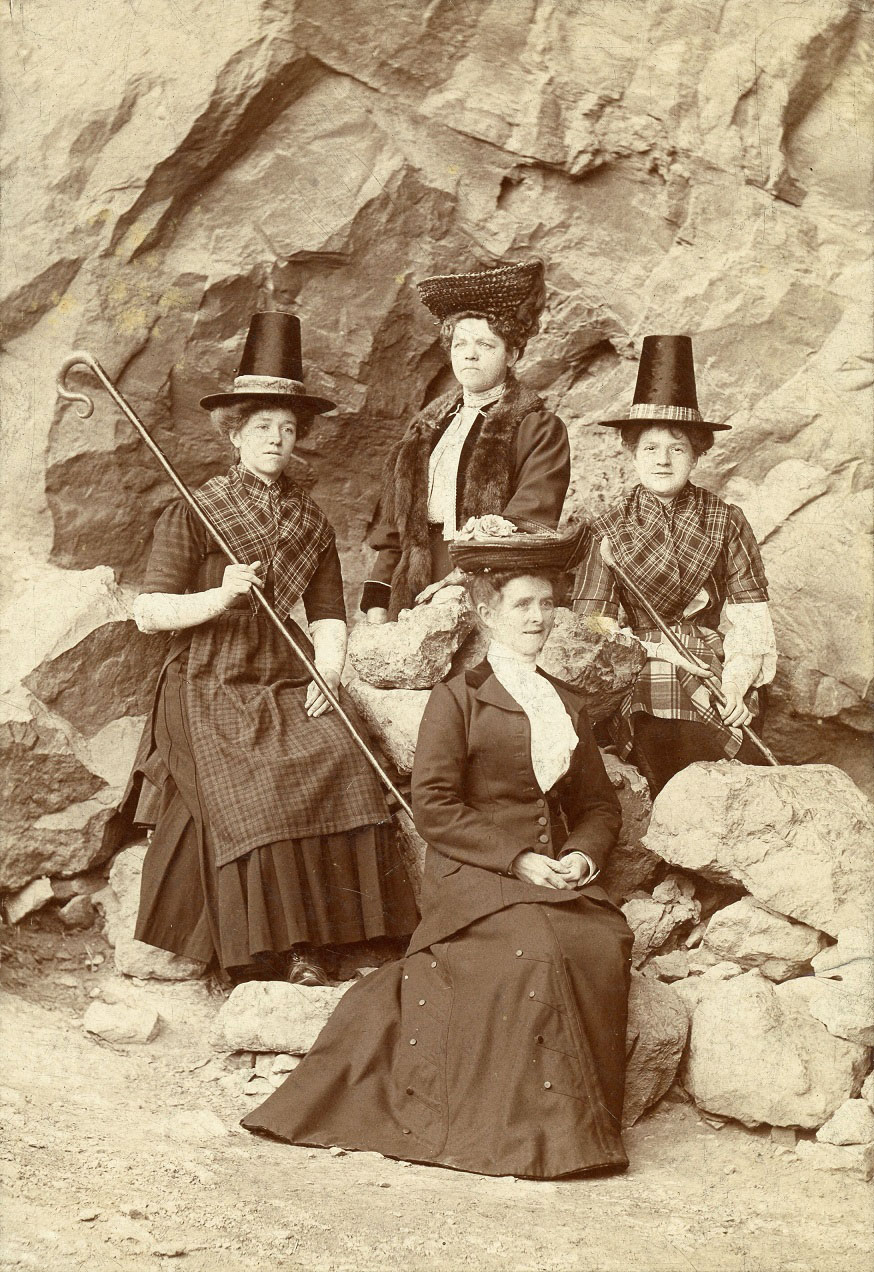 In the previous post we were in Glasgow, the most populous city in Scotland.  Today we’re 280 miles (450 km) to the south, in north Wales, near the seaside resort town of Llandudno.

The cabinet card photograph above was taken by William Laroche & Sons.  William Sylvester Laroche opened his first studio in Llandudno around 1872.   He soon began to offer sitters the option of being photographed in a picturesque quarry outside of town, which he christened the Rock Studio.  The Rock Studio remained in use long after he died in 1894. 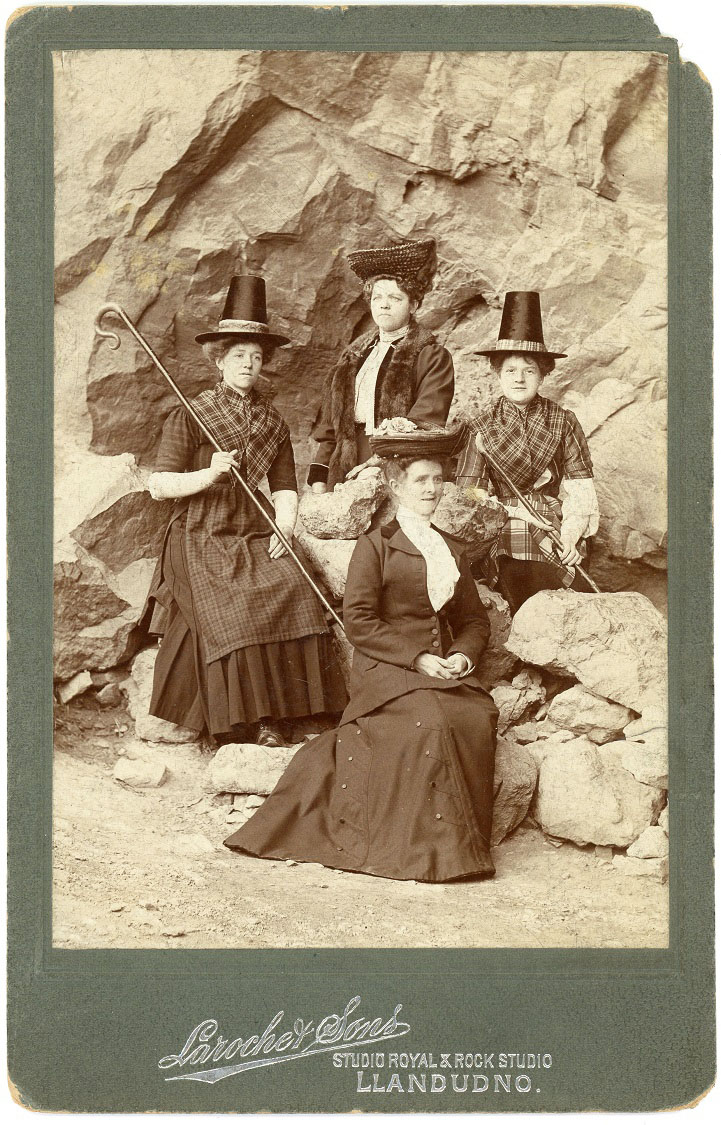 The concept of Welsh national dress evolved in the 1830s and 1840s, based on clothing styles worn in preceding decades by Welsh countrywomen.  It was promoted by members of the gentry, particularly Augusta Hall (Lady Llanover), as part of an effort to maintain traditional Welsh customs at a time of increasing industrialization.  The effort benefited from an increase in tourism to the area, with travelers seeking out and celebrating local culture.

Additional information about the Welsh national costume can be found on the website Historic UK and on Wikipedia.

19 thoughts on “Ladies in Welsh national dress at the Rock Studio, Llandudno”