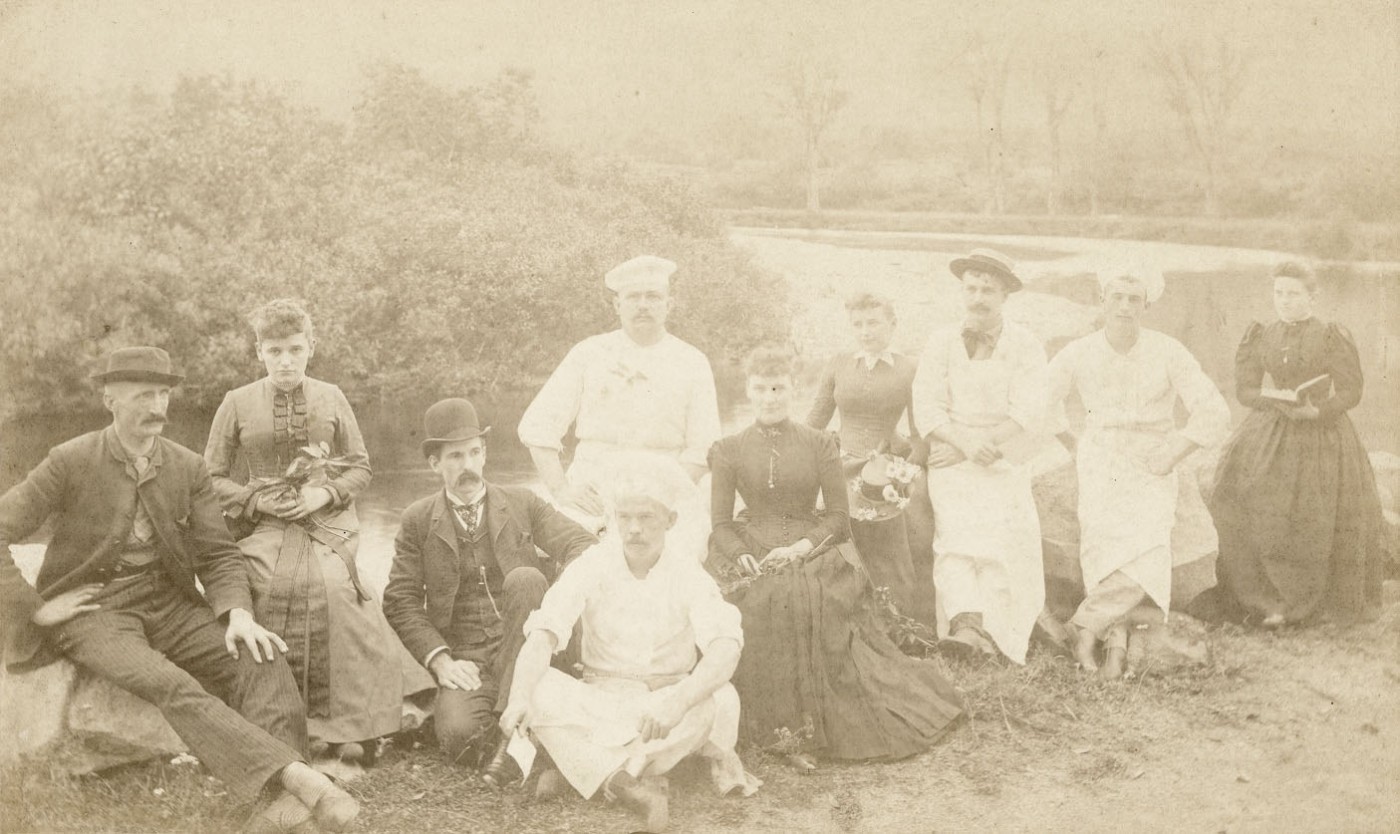 Fabyan House was a grand resort hotel in the White Mountains of New Hampshire.  Completed in 1873, it was named after Horace Fabyan, who had operated a hotel on the same site called the Mount Washington House, which had burned in 1853.

Fabyan House had 250 rooms for up to 500 guests.  It had its own dairy farm, golf course, laundry building and livery stable.  In the late 1800s, guests would arrive in the area by train and stay at a hotel for an entire season.  As automobiles gained popularity in the 20th century, guests would stay a few nights and move on, making it harder for large hotels with comprehensive facilities to remain financially viable.

Views of Fabyan House can be seen here on whitemountainhistory.org, and a few others on the hotel’s Wikipedia page.  The hotel burned down in 1951.

The photograph above has a note on the back: “Fabyan’s season of 1880.  Peter was watchman.”  Peter is presumably one of the men in the group.  Click on either half of the photo below to open a page with high-resolution images: 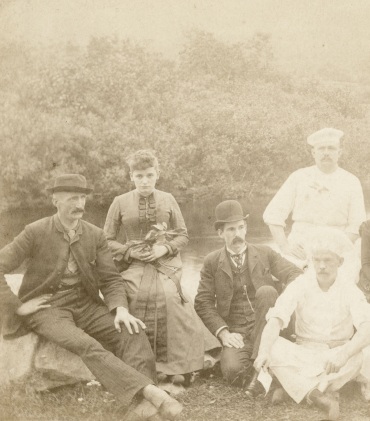 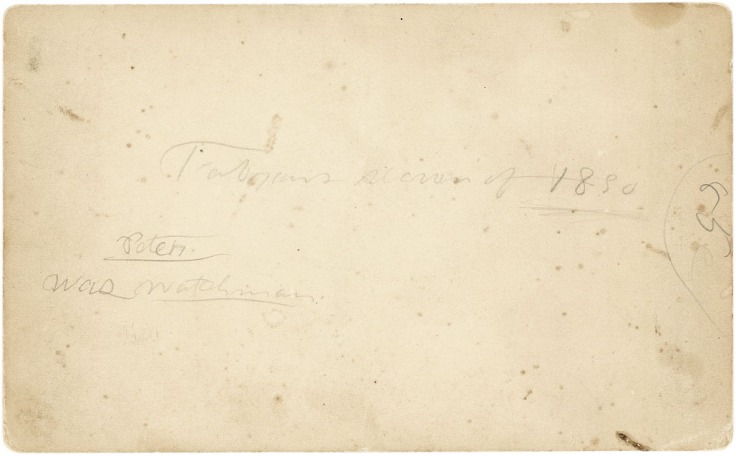 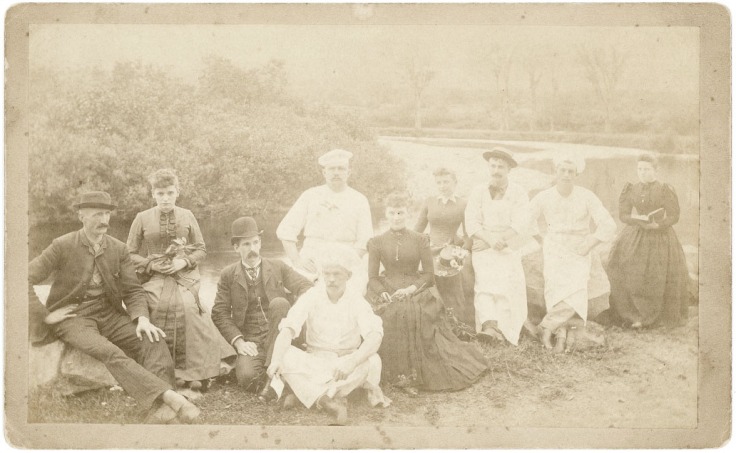 7 thoughts on “Fabyan House staff in the White Mountains (1880)”