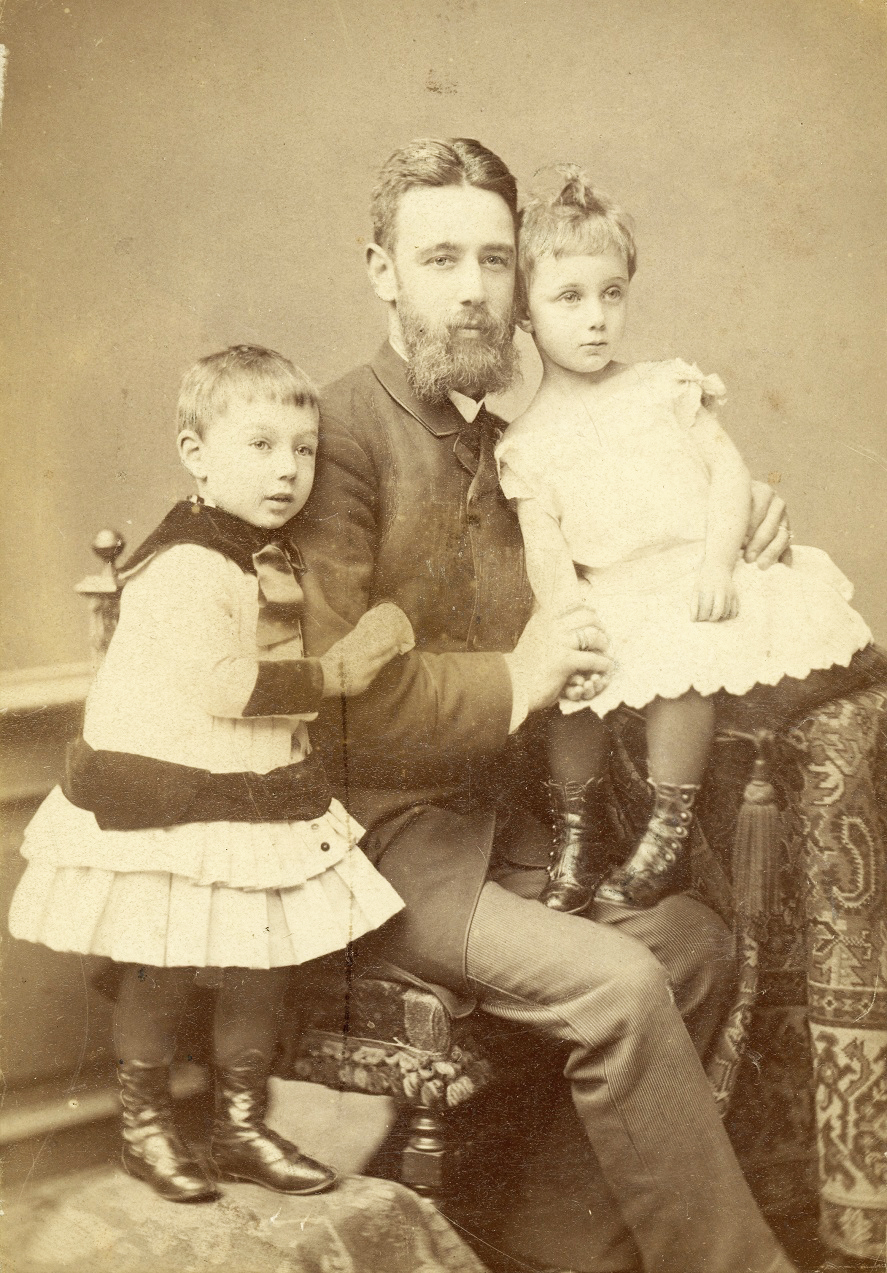 When I start researching a foreign photographer, I never expect to find much.  I can usually find a few references online, and sometimes studio addresses or dates of operation, but that’s generally it.  On the other hand, some studios are well documented in their own countries, and the E. Bieber studio in Hamburg is one of those.  It was founded in 1852 by Emilie Bieber (1810-1884), one of the first female professional photographers in all of Germany.  In 1872 she turned the studio over to her nephew, Leonard Berlin-Bieber (1841-1931).  He may have taken the photo of the young father with children above.  About 1903 Leonard turned the studio over to his son, Emil Bieber (1878-1962).  The Biebers were Jewish, and in 1938 Emil was forced to flee with his family from Germany to London, eventually settling in South Africa.

The name of the studio in Hamburg remained E. Bieber throughout its 86 years of existence. 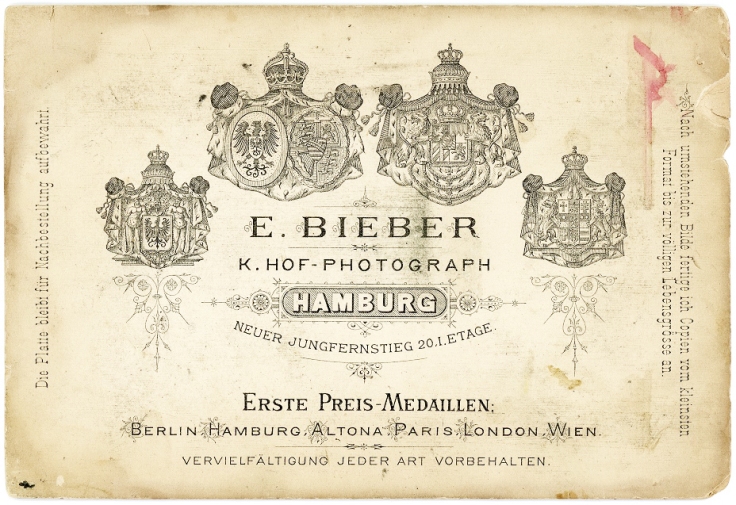 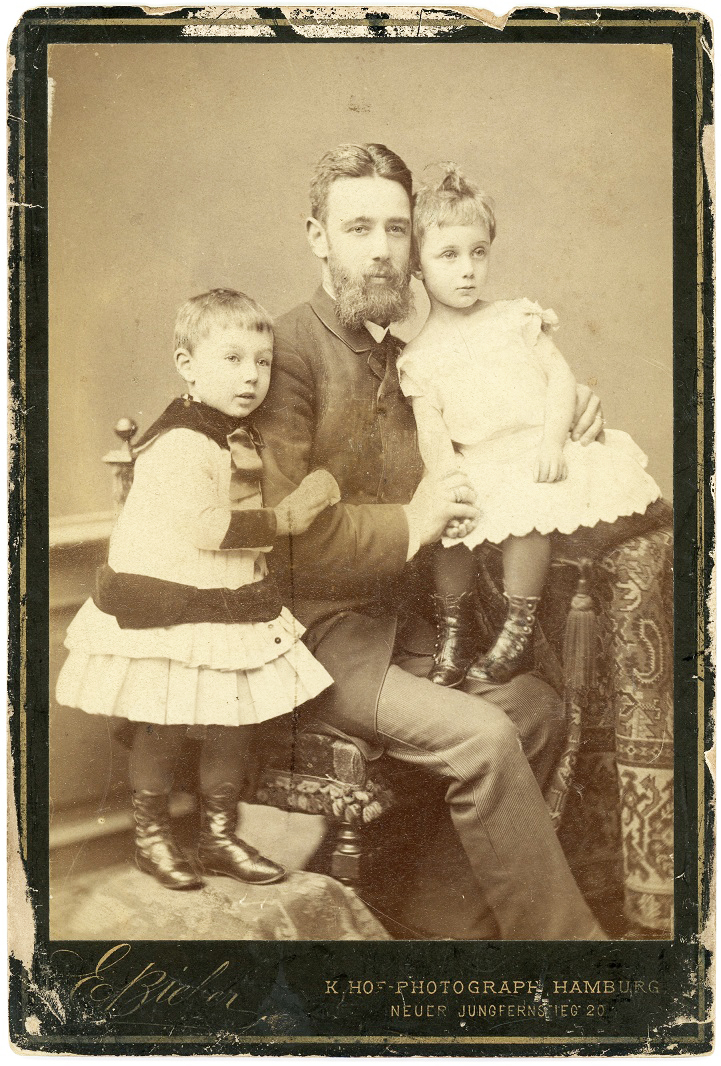