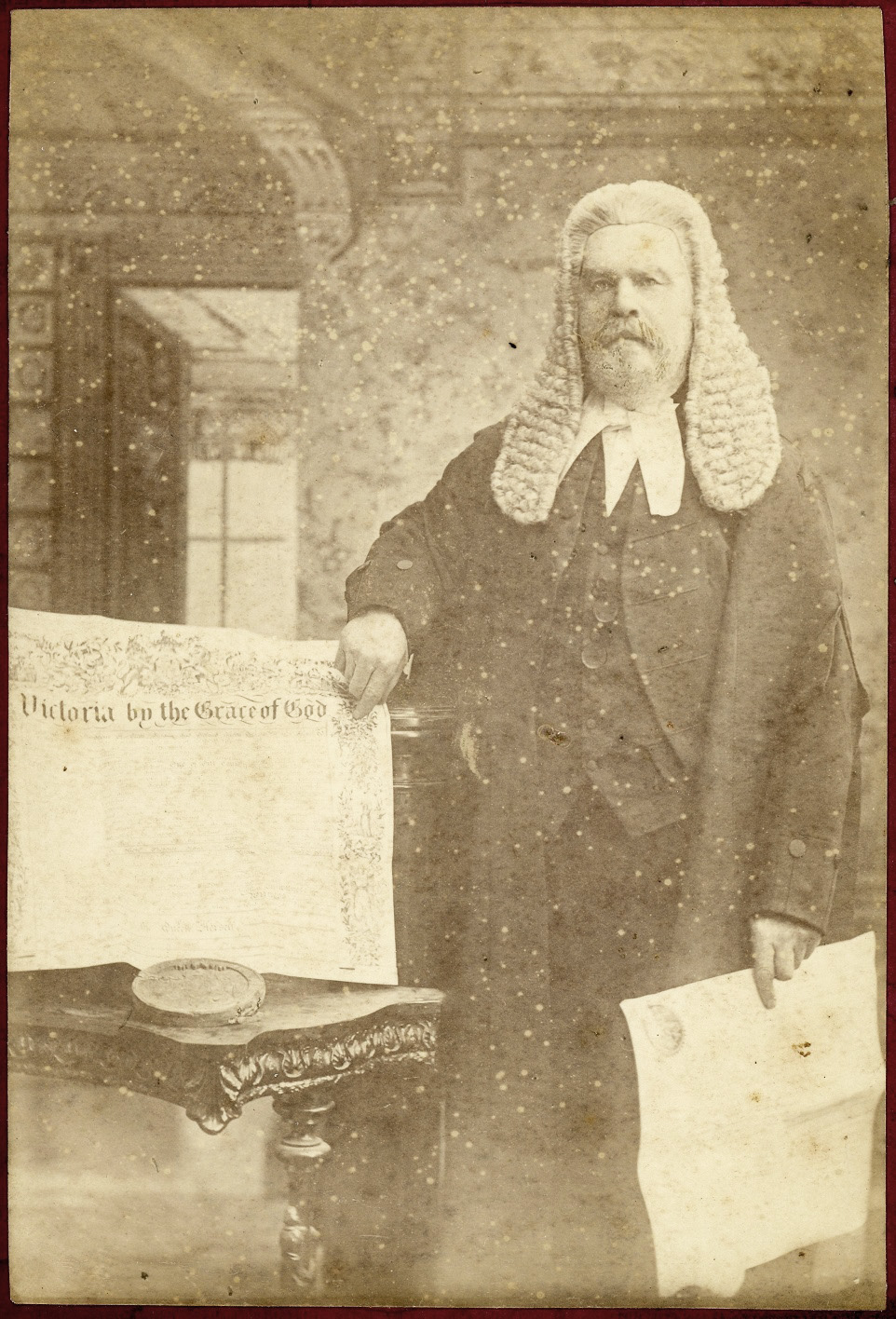 This cabinet card photograph is the first image I’ve shared from Australia.  It was printed at the Anson Brothers studio in Hobart, Tasmania, which was in operation from 1878 to 1891.  Founded by brothers Joshua, Henry Joseph and Richard Edwin Anson, the studio became known for views of Tasmanian scenery, which received medals at the 1883–84 Calcutta International Exhibition and the 1888–89 Melbourne Centennial International Exhibition.

The stern-looking man in the photograph is pointing to a royal charter awarded by Queen Victoria.  Unfortunately, I can read only a few words of it, such as witness and Queen Herself.  On the table in front of the charter is a royal seal. 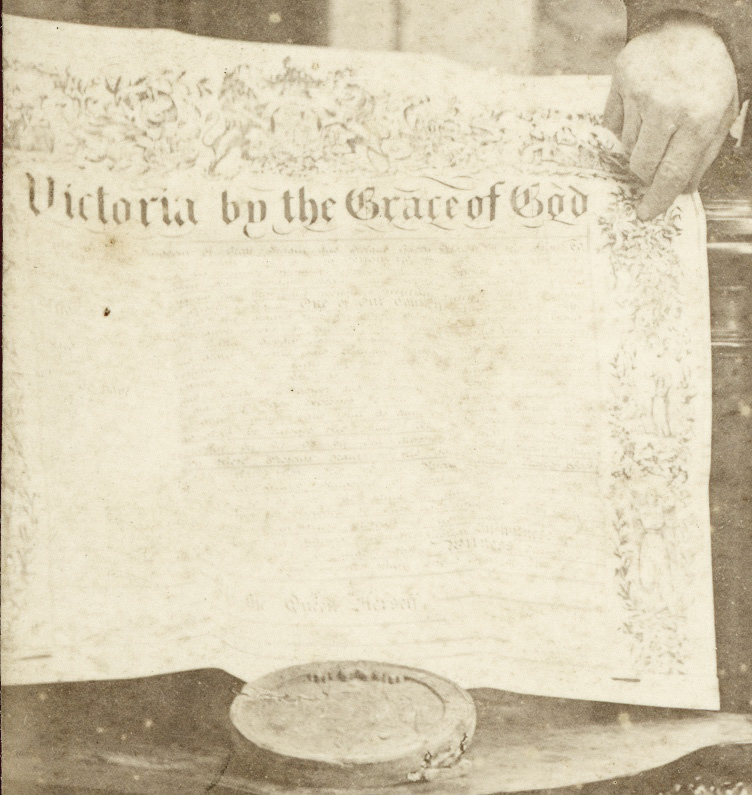 (To open an enlargement of the image above [2.1 mb] in a separate tab, click here.)

Update, July 21: A reader suggested in a comment below that this document may have been a Letters Patent rather than a charter.

I found a partial image online of a charter awarded to Queen’s University in Ontario, Canada, in 1841.  That page also shows a replica of the royal seal which accompanied the charter.  Presumably the charter above was awarded much later, in the late 1870s or 1880s, when the Anson Bros. studio was in operation.  On the other hand, the Ansons could have copied a photograph that was taken earlier, before they opened their business.  It’s possible that the stern-looking man with the charter never stepped foot in Tasmania.  But if that were true, why would the Ansons reproduce the photograph?  It must have had some connection to Australia.*  I intend to reach out to museums there to see if they’ve come across the image before.  If you have any other ideas, do let me know. 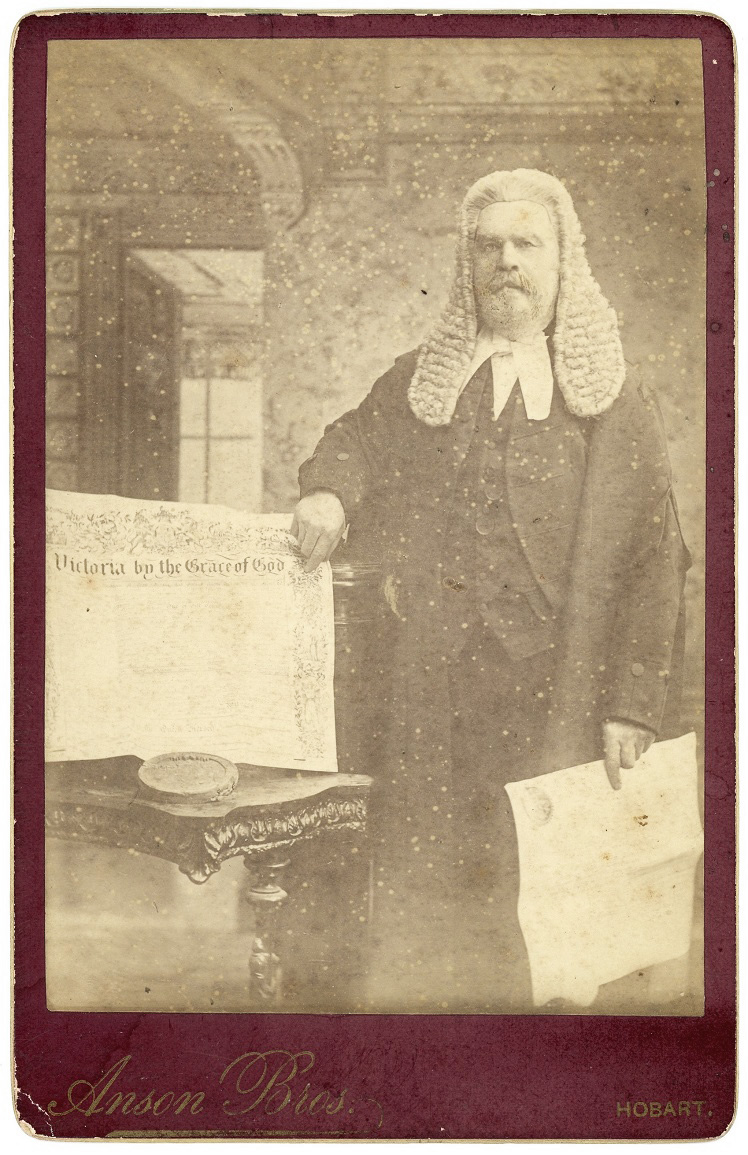 *Wikipedia has a list of royal charters awarded by decade, including the 1880s.  The University of Tasmania received a royal charter in 1915.

41 thoughts on “Man with royal charter”