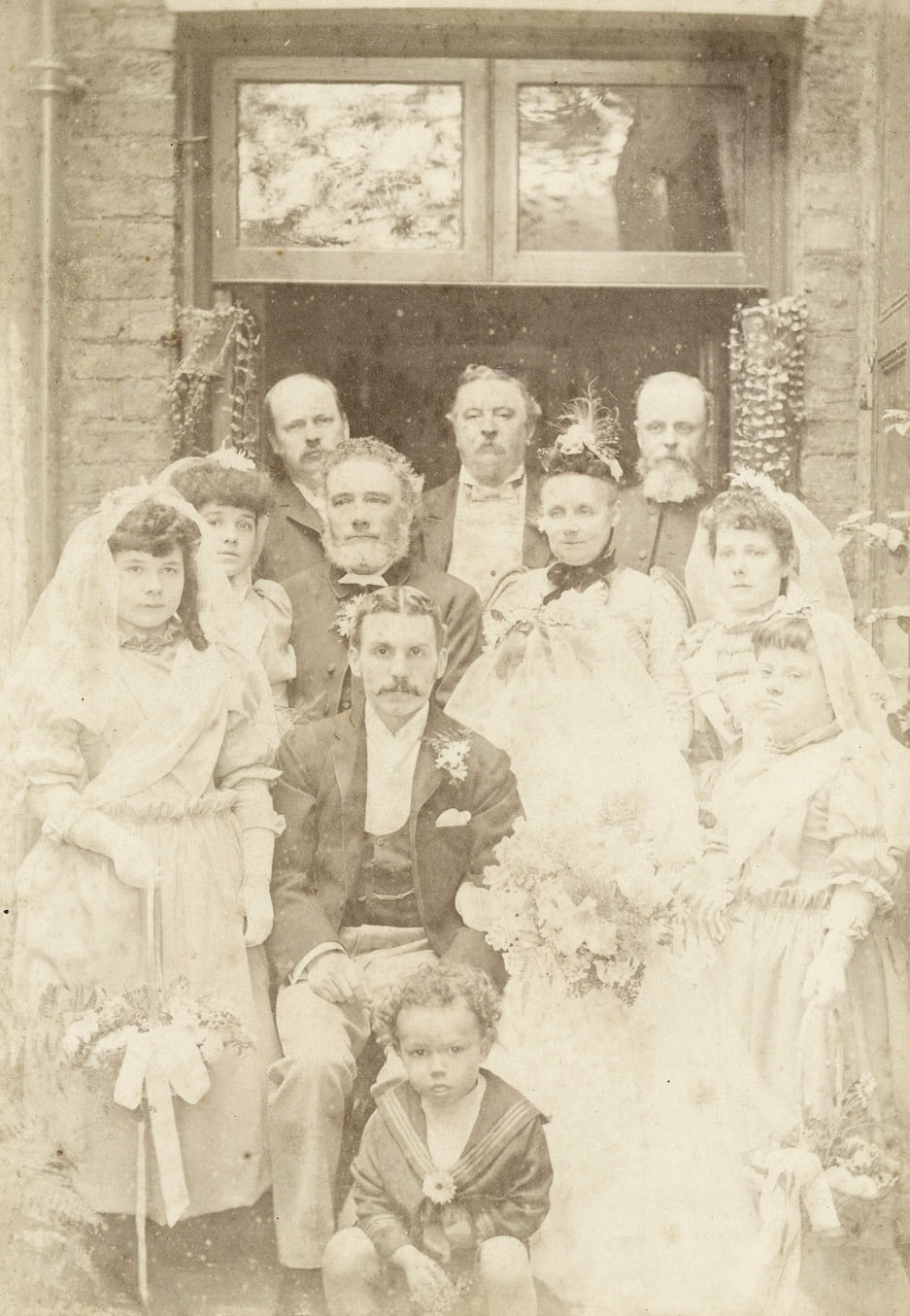 The wedding party in this cabinet card portrait is unusual in its diversity.  The young woman at lower right appears to have Down syndrome, while the little boy at the front of the group is of mixed-race ancestry.  Oddly, the bride’s face is completely obscured by her veil, making her unrecognizable.  She sits at the center of the group but remains forever hidden from view.  Was it her choice to hide, or was she following convention?

I bought the portrait from a dealer in West Sussex, England, but the card has no photographer’s marks or writing on the back to indicate where it might have originated. 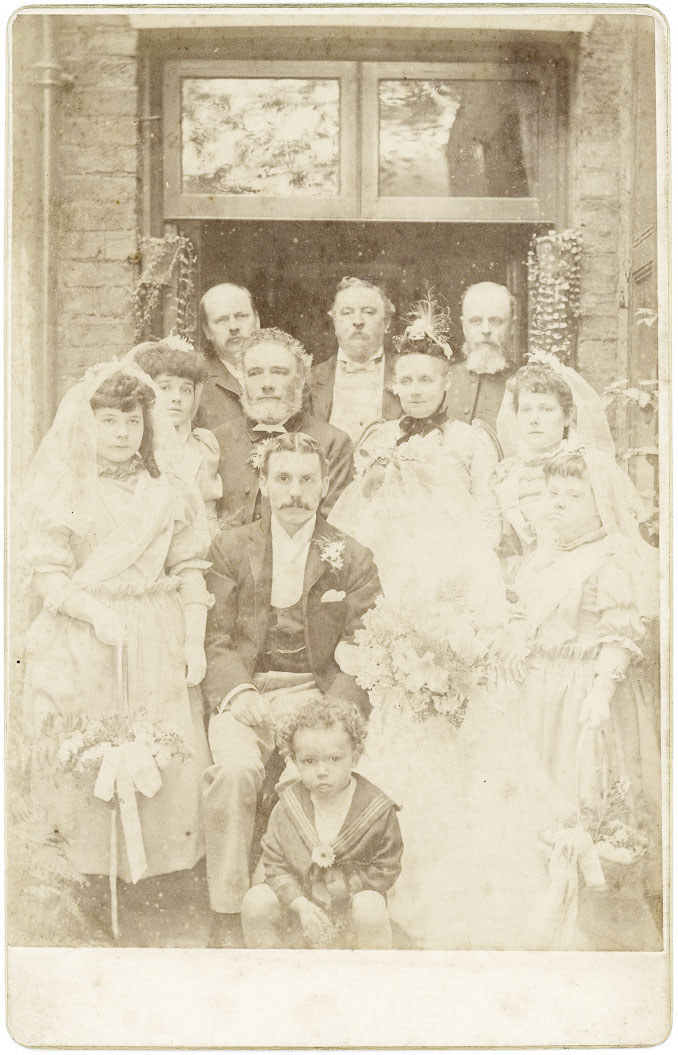 Two other photos on the blog which provide examples of racial diversity in Victorian England are School dog and her charges (UK) and Diverse group of schoolgirls in Victorian London.