This cabinet card portrait was taken at the studio of F.B. Walcott in the town of Berlin, Wisconsin.  The back of the card has a logo with F.B. Walcott, successors to S.M. Taylor printed under it.  I’ve cropped and enlarged the logo, below, to make it legible.  The green background is unusual: 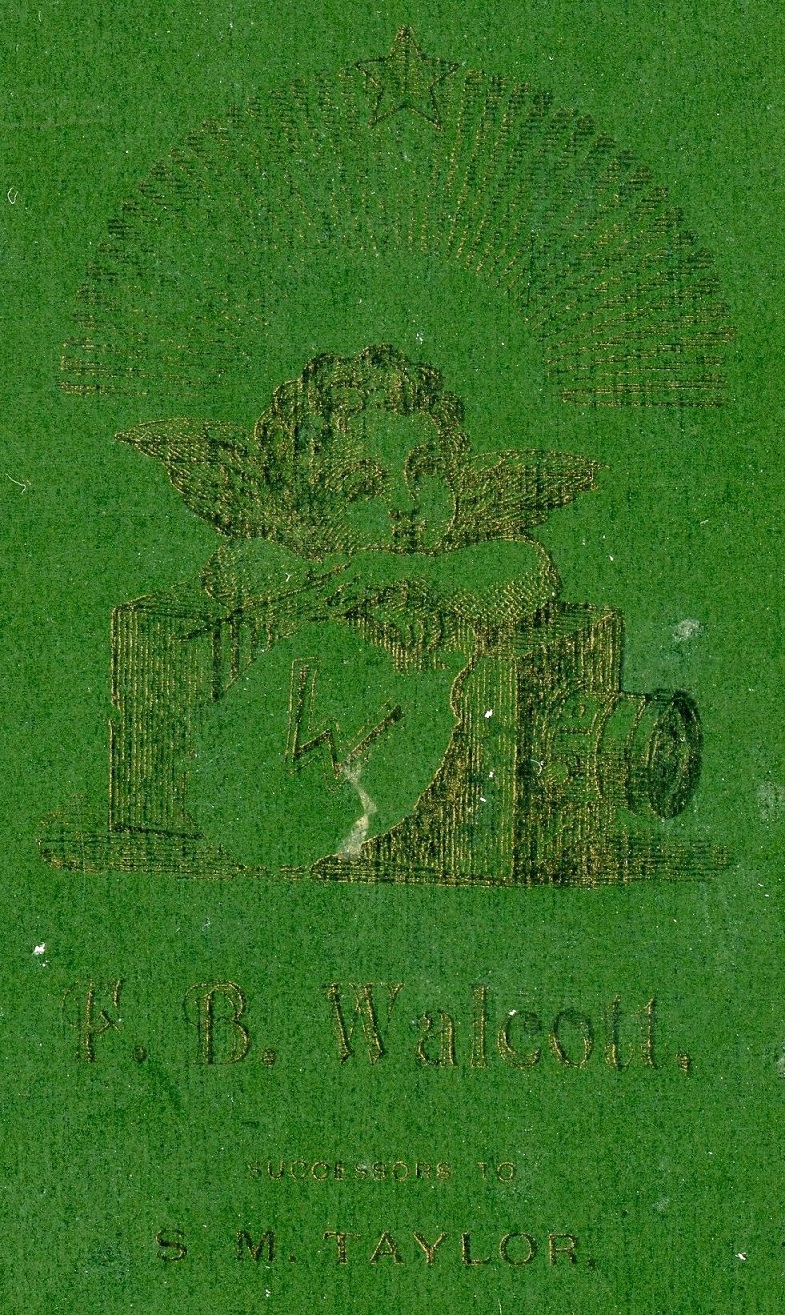 (You can see the entire back here, and lettering on the front here.)

F.B. Walcott was probably Frank Benjamin Walcott (1861-1929), whose father was a founder of nearby Ripon College, which Frank attended.  By the time of the 1900 Census, Frank was living with his wife and two daughters in Houston, Texas, where he was listed as a Retoucher (Photos).

S.M. Taylor was Schuyler M. Taylor (1843-1918), who was listed as a photographer in Berlin in the 1880 Census.  The next time he appeared in a Census, in 1910, he owned a photography business in Yuba, California.  He must have sold his Berlin studio to Frank Walcott in the 1880s.

The most surprising thing about this portrait is the fact that the woman is holding the man’s lapel.  I’ve never seen that anywhere else!  The two of them are also unusually close together for a formal portrait:

My guess would be that this was an engagement or wedding photograph.  I wish I could tell you more about this couple, but their identity remains a mystery.