I had hoped to identify the dignified woman who sat for this portrait at the Bombay Photographic Company in the late 1880s or 1890s, but so far I haven’t had any luck.  The photographer, S. Hormusji, is also a bit of a mystery, at least as far as online sources go.  Some examples of his work were included in an exhibit in 2010 at the Alkazi Foundation for the Arts in New Delhi, titled The Artful Pose: Early Studio Photography in Mumbai (c. 1855-1940).  An illustrated catalog of the show was produced, but only an excerpt is available online.  Other online sources refer to Hormusji simply as a Parsi photographer.

The back of the cabinet card has handwritten notations in the upper right which were probably made by Hormusji or an assistant, including “6×8 oval medallion,” “6×8 oblong” and “sepia colour plain in both“: 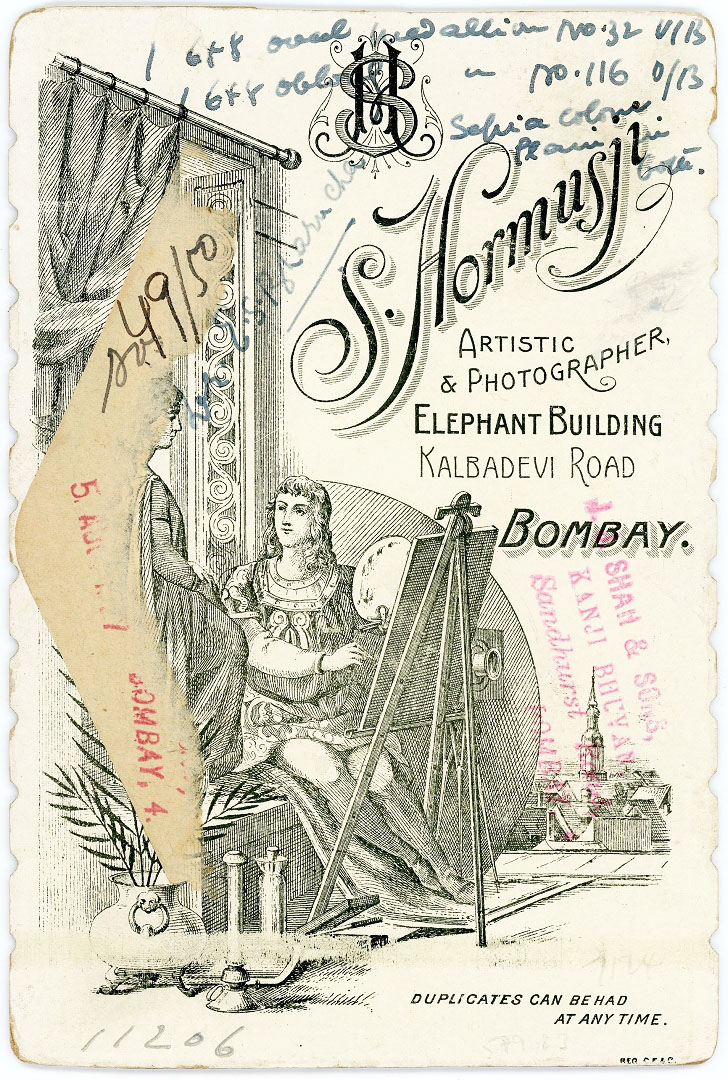 Just below those notations is a name, written by hand in the same ink but more faded, which looks like it might be Dr. E.S. Bharucha.  I’m not sure if Dr. is correct.  See what you think:

(You can see a larger scan of the back of the photo in a separate tab here.)

We can’t know if the name refers to the sitter, a family member such as her husband, or someone completely unrelated to her.  I did a little searching, including on Ancestry, but didn’t find any good leads under the name Bharucha.  The photo came to me from a dealer in Kettering, England.  If the sitter was a doctor, she might well have visited the United Kingdom for professional reasons.  If her husband was a doctor, she might have traveled with him.  Of course, the photo could have made its way to England more recently.  I’d love to know who she was and something about her life. 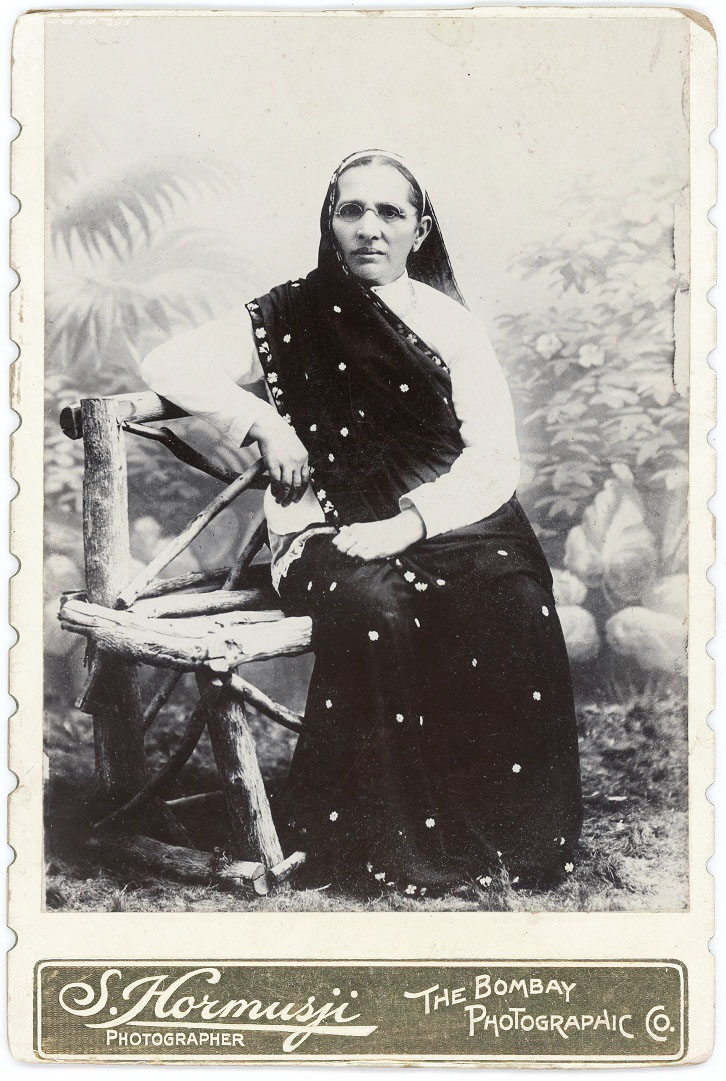 26 thoughts on “Woman in Mumbai by S. Hormusji”