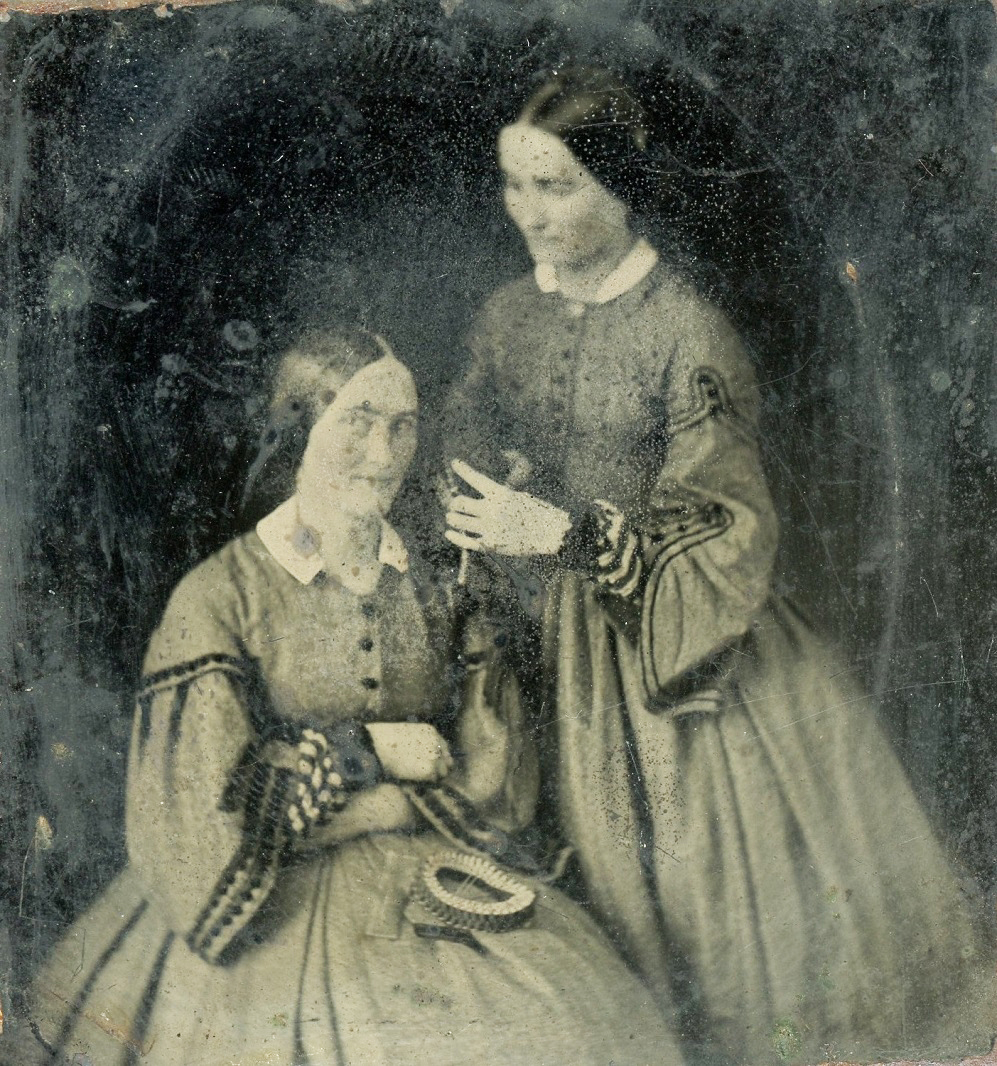 This small tintype portrays an unusual subject for early photography: a standing woman appears poised to brush the hair of a seated woman, who has a comb and other items in her lap.  The standing woman is looking down and is slightly out of focus, while the seated woman is looking in the general direction of the camera and is well lit.  Our eyes are drawn first to her, then to her companion.

Tintypes are made from thin sheets of iron, rather than tin.  They were very popular in the United States in the late 1850s and 1860s, including during the Civil War (1861-65).  They were also made in later decades by itinerant photographers.  This is an early one, judging by the thickness of the metal (thicker=earlier) and by the style of the women’s dresses.  I’d guess it was made between 1856 and 1862.

The seated woman has three objects in her lap.  The object on the left appears to be a comb, but what are the other two?

Update, April 8: Here’s a detail image of the object which I assume to be a hairbrush:

The oval line around the women indicates that the photo was kept in a frame or a case of some sort.  Given its small size–2.5 inches (6.35 cm) tall–my guess is that it was originally housed in a protective case that was easily carried in a pocket or purse.

I haven’t come across an image like this one before, so I’m not quite sure how to interpret it.  Was the seated woman the primary subject (sitter)?  What do you think the relationship was between the women? 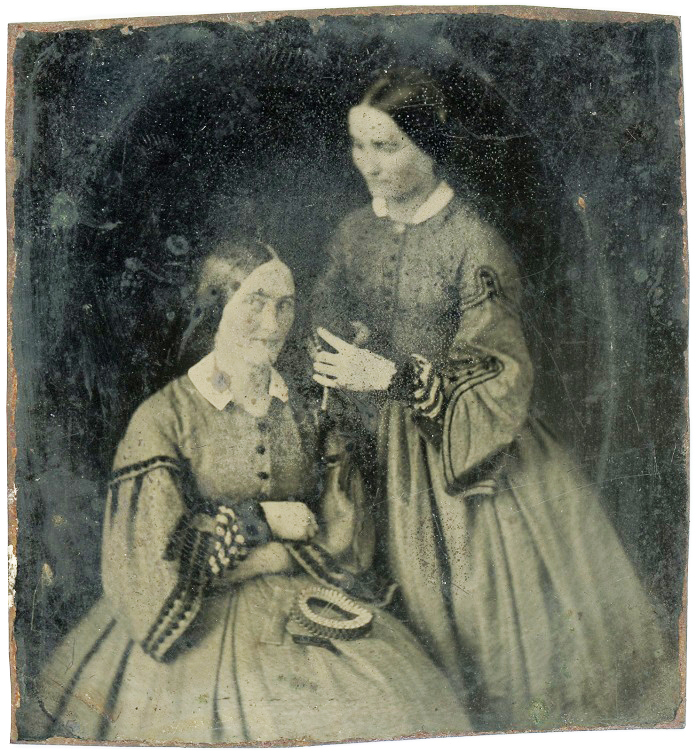 38 thoughts on “A brush for your thoughts”