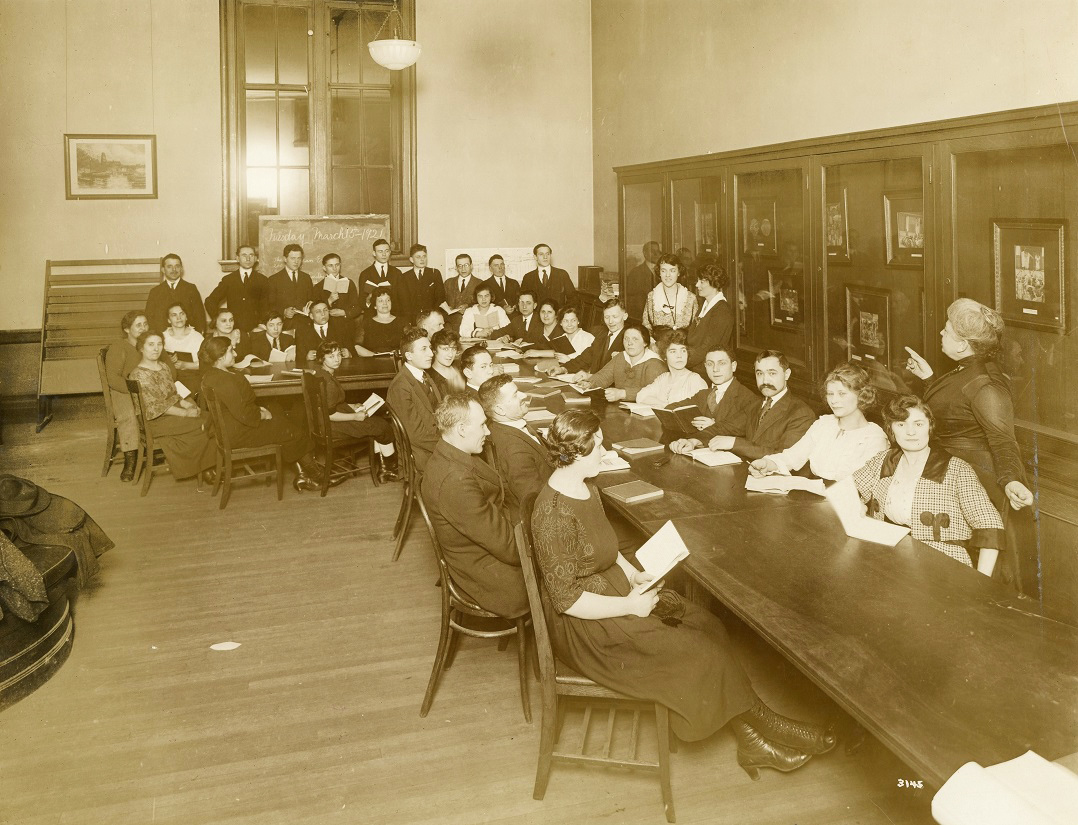 Along the bottom edge of this photograph are the words “Tompkins Square Citizenship Aid Class,” followed by “Intermediate.”

On the chalkboard at the back of the room, the teacher has helpfully recorded the date: Tuesday, March 15, 1921.

The photo may be examined in higher resolution below.  I’ve divided it into two parts.  Click on either part, then select the link in the lower right corner of your screen which says “View full size.”

The teacher has struck a dramatic pose at the right side of the room.  Her students are all well-dressed.  A few are smiling with amusement, but there’s an atmosphere of respect and cordiality in the room.  They’ve come to learn, and they appreciate the effort this dignified woman is making on their behalf. 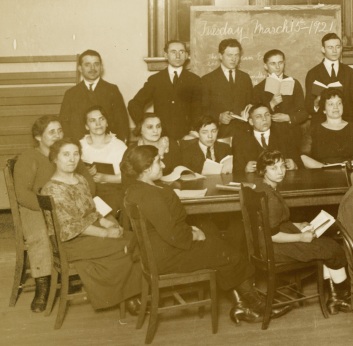 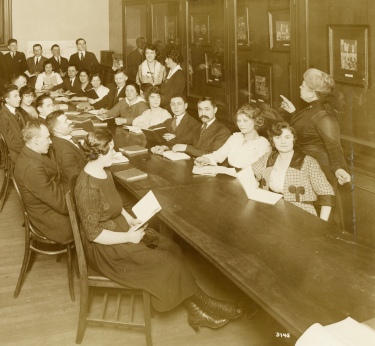 The class was likely held at the Tompkins Square Branch of the New York Public Library.  The library’s website says:

The Tompkins Square Branch of The New York Public Library has been serving residents of Manhattan’s Lower East Side since 1904.[…] Designed by esteemed architects McKim, Mead and White, and constructed with funds donated by philanthropist Andrew Carnegie, the three-story branch has sixteen-foot ceilings and a spacious children’s room on the second floor.

Traditionally, Tompkins Square has served varied ethnic populations, including German, Italian, Jewish, Polish, and Ukrainian, and, since the 1960s, a thriving arts community.

A stamp on the back of the photograph identifies it as having been produced by the International Film Service Company, Inc.

Here’s to the teachers and the helpers.