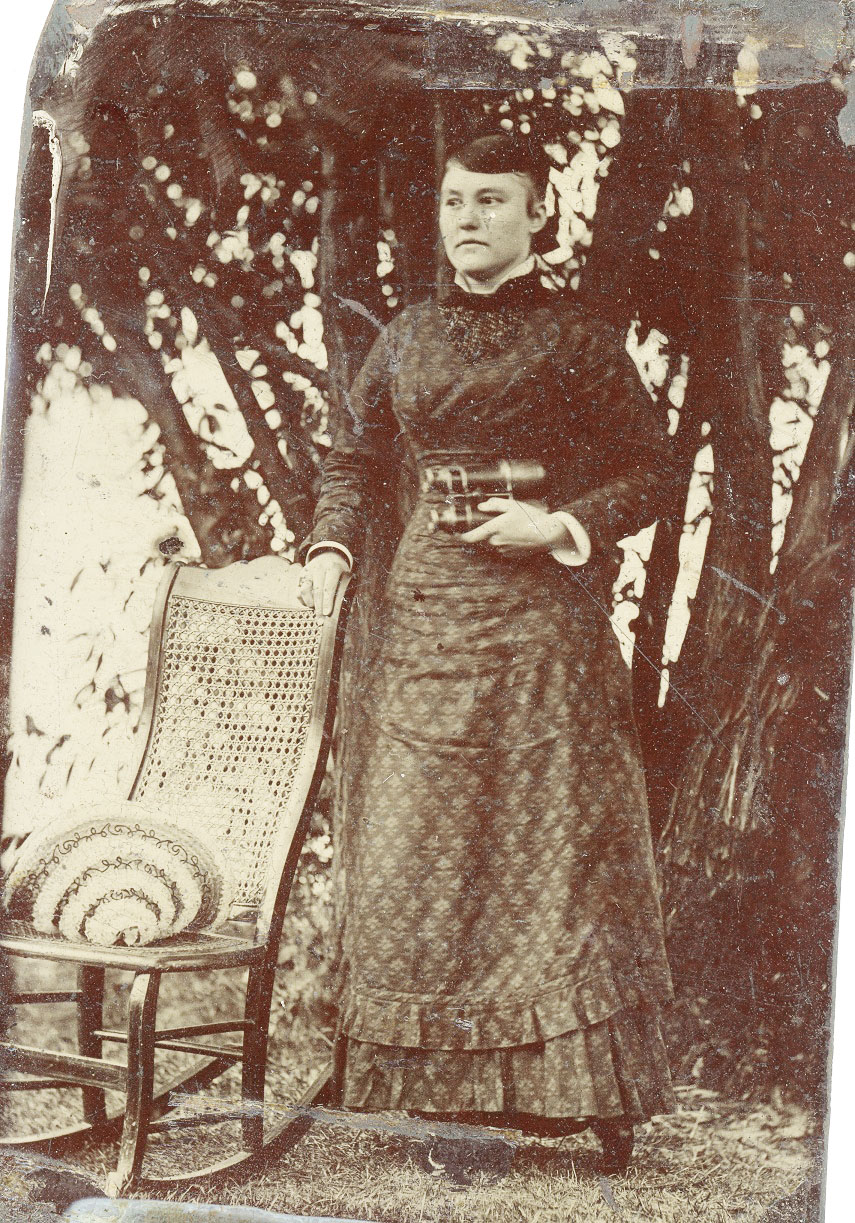 This is the first tintype I’ve put on the blog.  Though darker than photos printed on paper, tintypes were inexpensive to produce and more durable than paper, which made them quite popular in the 1860s and 1870s.  Soldiers carried them during the American Civil War.  They could be produced easily in a mobile studio, so the format remained in use by itinerant photographers until the early 20th century.

Binoculars rarely appear in photographs in the 19th century, and I’ve never seen a woman holding them in another photograph.  Was she an ornithologist?  A Civil War spy?  It’s fun to imagine the possibilities.

There’s another intriguing thing about this portrait.  It could be an illusion created by damage to the surface of the metal, but our heroine appears to be standing on one leg and holding the rocking chair for stability.  It’s difficult to determine the exact orientation of the image, which makes it hard to tell if she’s standing very straight or leaning toward the chair.  I assume she’s standing very straight, but is she standing on one foot? 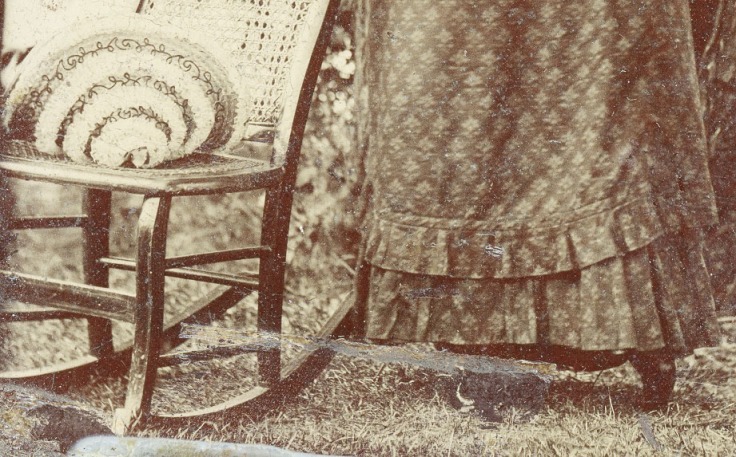 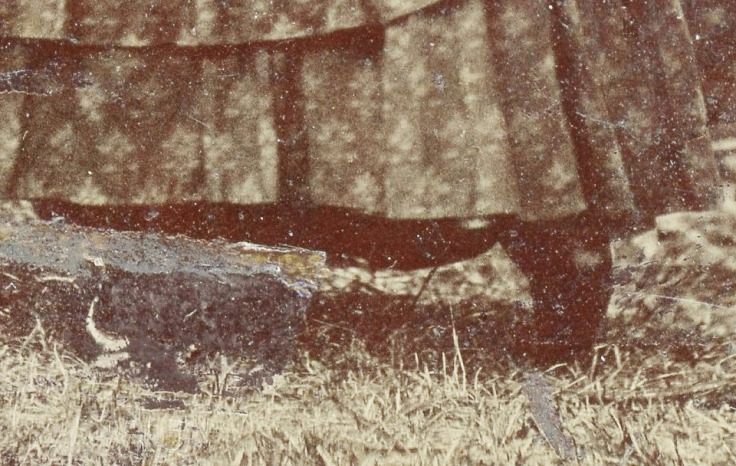 Here are two scans to illustrate the question of orientation.  The first shows the full tintype.  The second shows the sheet rotated clockwise so that she appears to stand very straight.  The latter is the orientation used for all the images above. 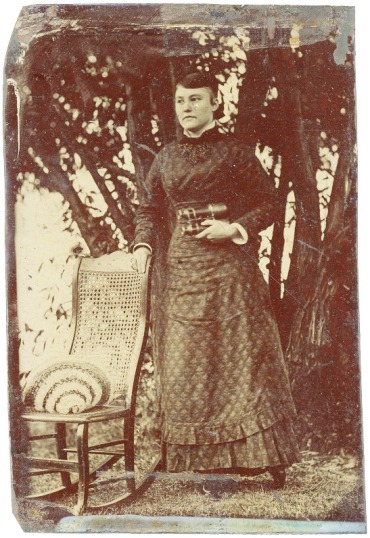 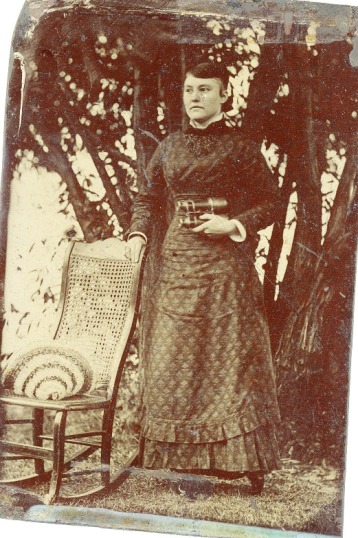