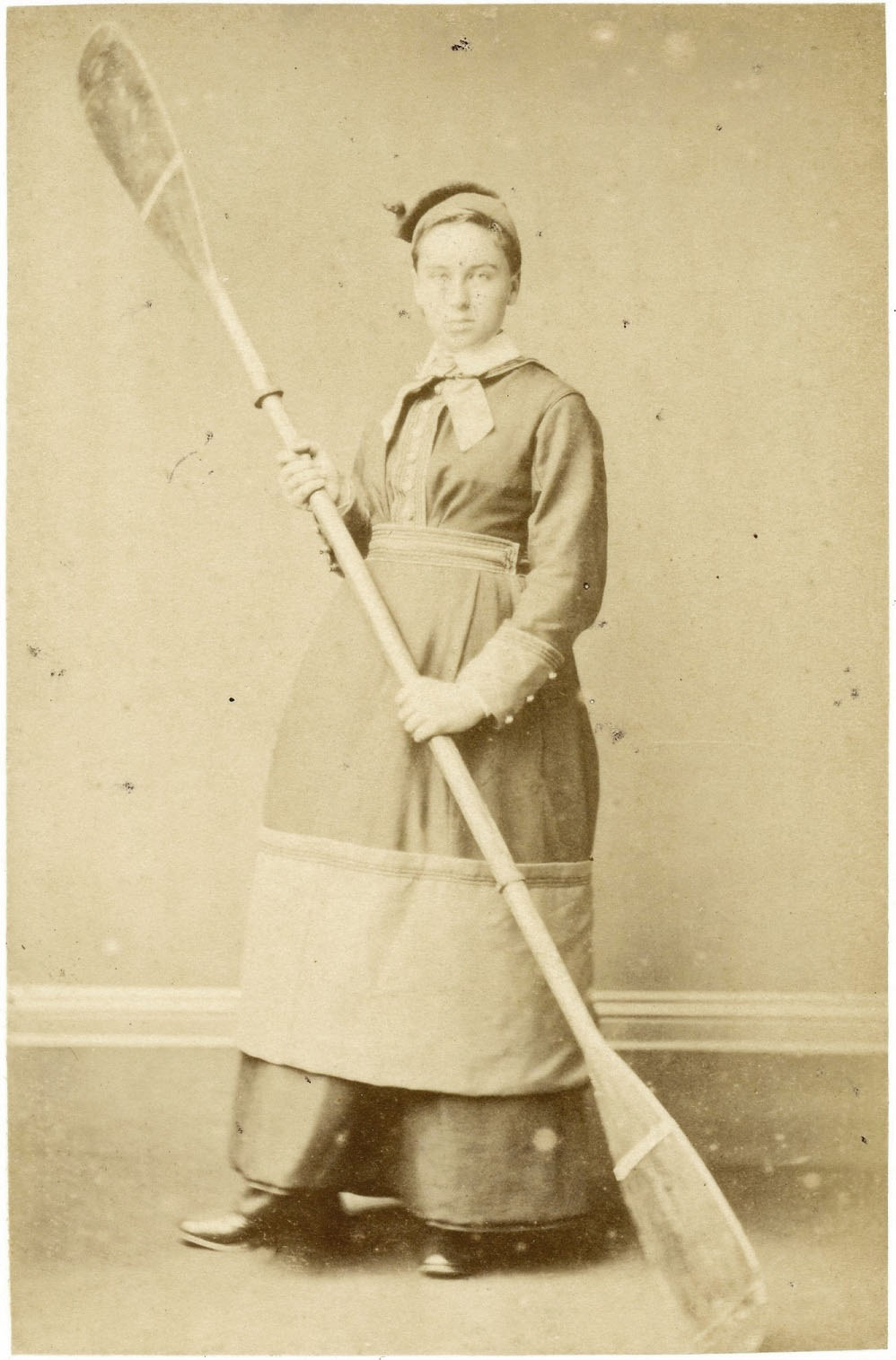 This carte-de-visite has me stumped.  I assumed the girl in the image would be easy to identify, but so far that hasn’t been the case.  At first I thought she was holding an oar, but a rower I contacted told me it was a paddle.  Well, that’s a start!  Actually, I think the most interesting thing about the portrait is her remarkable outfit.  Have you ever seen a suit like it?

The carte was made by photographer Charles Knight (1853-?), who operated studios on the Isle of Wight from about 1875 until at least 1898.  By 1901 he had moved his family to the mainland and set up a studio in Aldershot.  His studio was at the address on the back of the photo, 6 Royal Victoria Arcade in Ryde, from about 1875 to about 1880.

I hope someone can find some more information about this unusual portrait.  Feel free to share your thoughts!

50 thoughts on “Suited for water on the Isle of Wight”