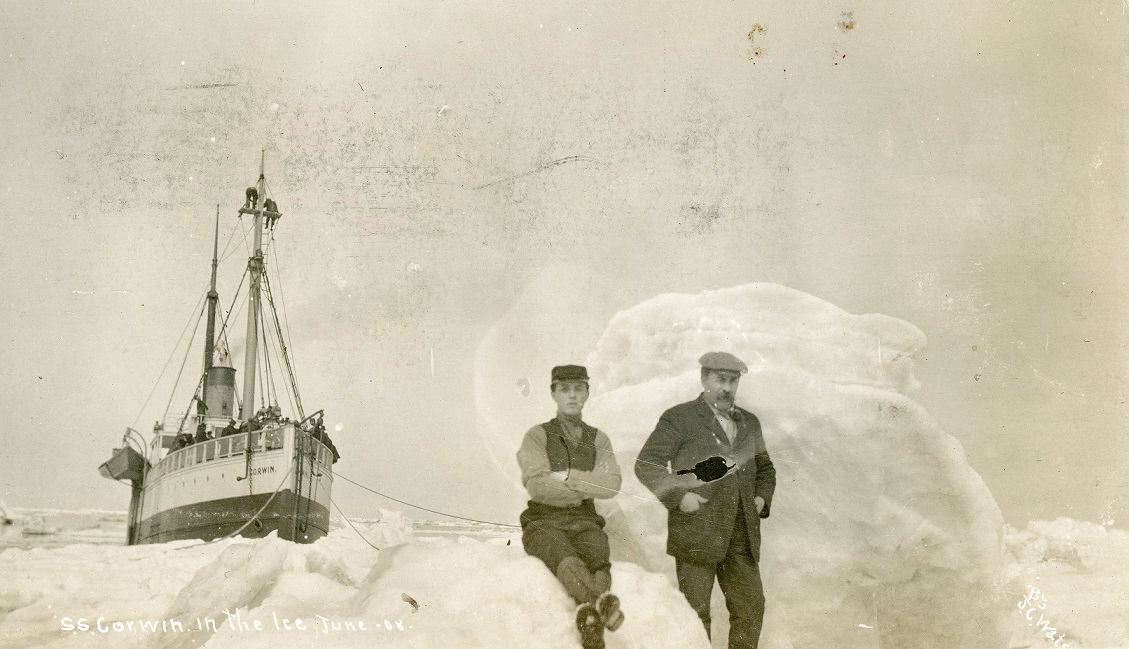 Within the image area of this postcard, the photographer inscribed the negative: “S.S. Corwin in the Ice June -08-“.  He also signed it in the lower right corner: “By J.C. Wats”.  Was his name Watson? 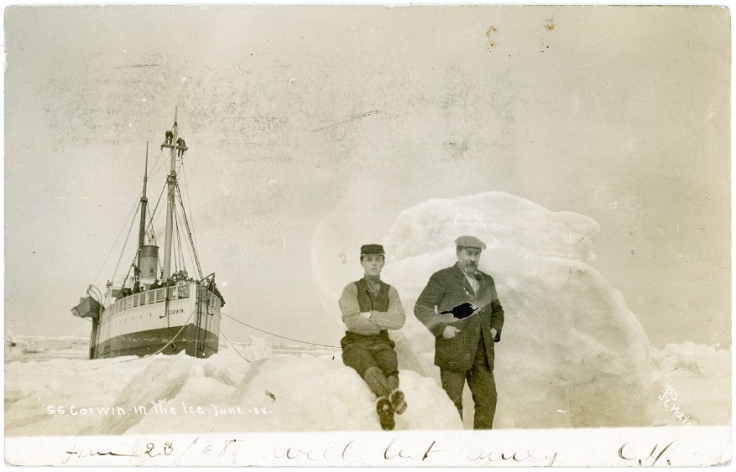 There’s a lot of information online about the Corwin and her forty years of service in the Pacific and Arctic oceans (1876-1916).  The following excerpt from Wikipedia relates to the time period during which the photo was taken:

The Corwin continued in the passenger and freight business and from 1906 to 1910 held a contract to transport mail to towns on Norton Sound and the Seward Peninsula. She was the first ship to reach Nome in the spring in 1902–1909, 1913 and 1914. She generally returned to Puget Sound in the fall and was often the last ship out of Nome.  In part, her early arrivals were due to the fact that she was sheathed and retained a protected and reinforced bow for ice work. In 1908, after arriving at Nome during a particularly bad ice season, the Corwin headed out again and cut channels to free three steamers that were stuck in the ice 50 miles from Nome, one (the Victoria) in danger of sinking and all in danger of being carried north by moving ice. […]

Captain West returned as Master from 1902 to 1910; his wife Gertrude sailed with him as Ship’s Clerk. Most of the crew were Eskimo (they were less likely to desert the ship to go prospecting), and the kitchen staff were Chinese.

The postcard was addressed to a Mr. H.C. Austin at the Trade Register in Seattle, Washington.  It has an Alaska cancellation, but the location of the post office is obscured by old album paper.  The year 1908 is visible. 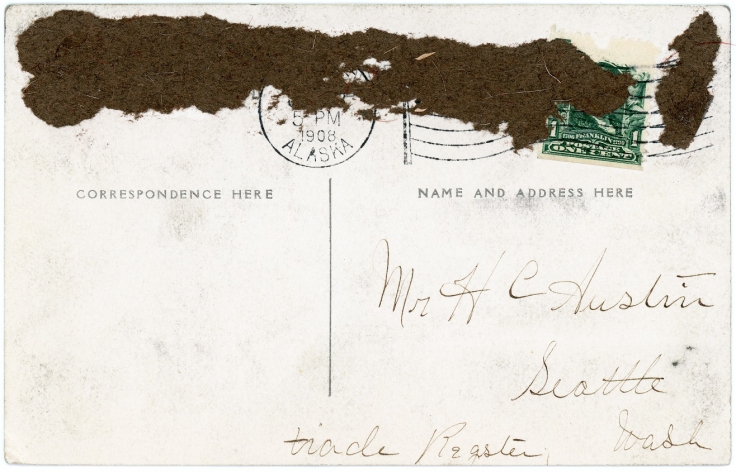 Another 1908 photo of the ship is in the collection of the Anchorage Museum at Rasmuson Center in Anchorage, Alaska.  That one was taken by a photographer named Otto Daniel Goetze.  You can see it here.

John Muir, “Father of the National Parks,” sailed to Alaska on the Corwin in 1881.