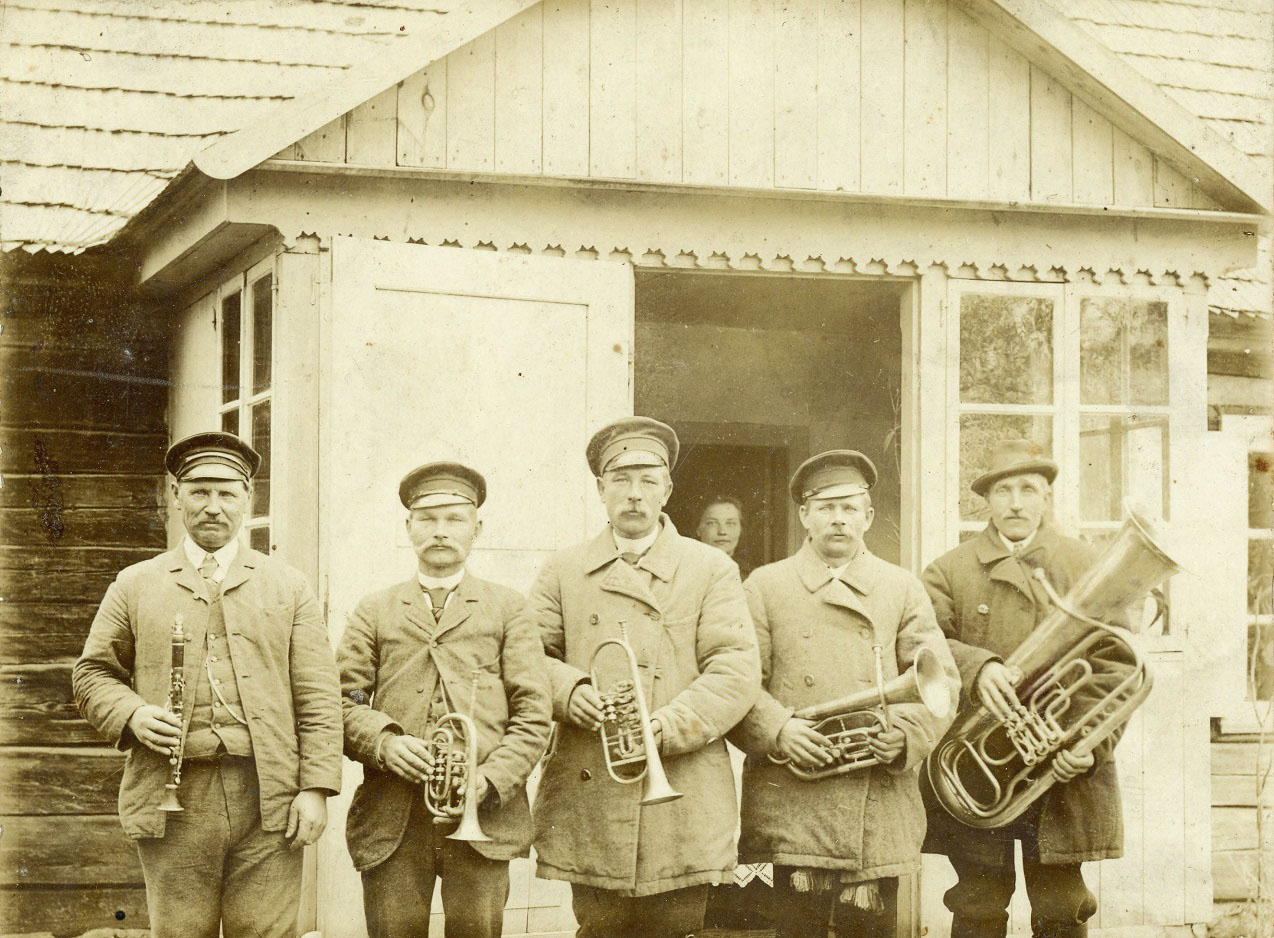 The photograph above came from Latvia, which was part of the Russian Empire until November 1918.  The photo was probably taken in the early 1900s.  The men are most likely Latvian, but it’s hard to say for sure.  If only we could hear them play….

The following postcard also came from Riga, the capital.  Latvia was independent from 1918 until it was occupied by the Soviet Union in 1940.

The back has a note, “To Gaida from Annie,” and a date of March 26, 1933.  At that point Latvia had been an independent country for fourteen years, but would remain so only seven more.  Another 51 years would pass before it would regain its independence in 1991. 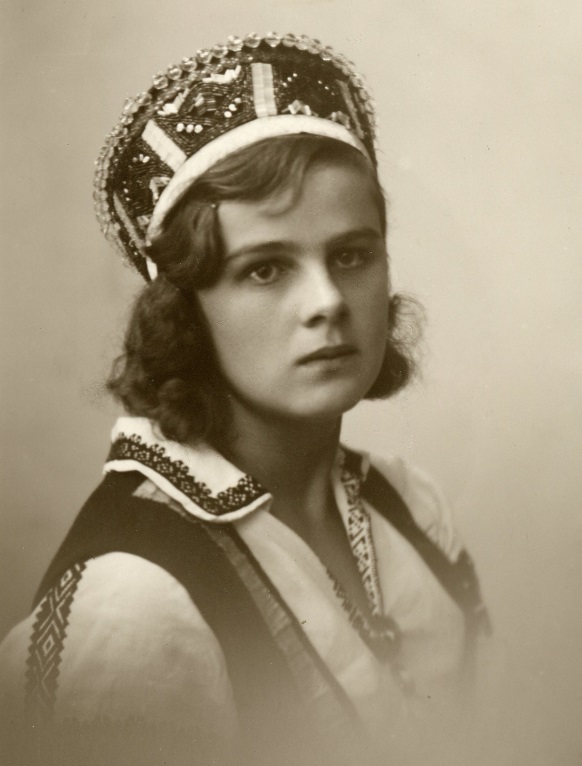 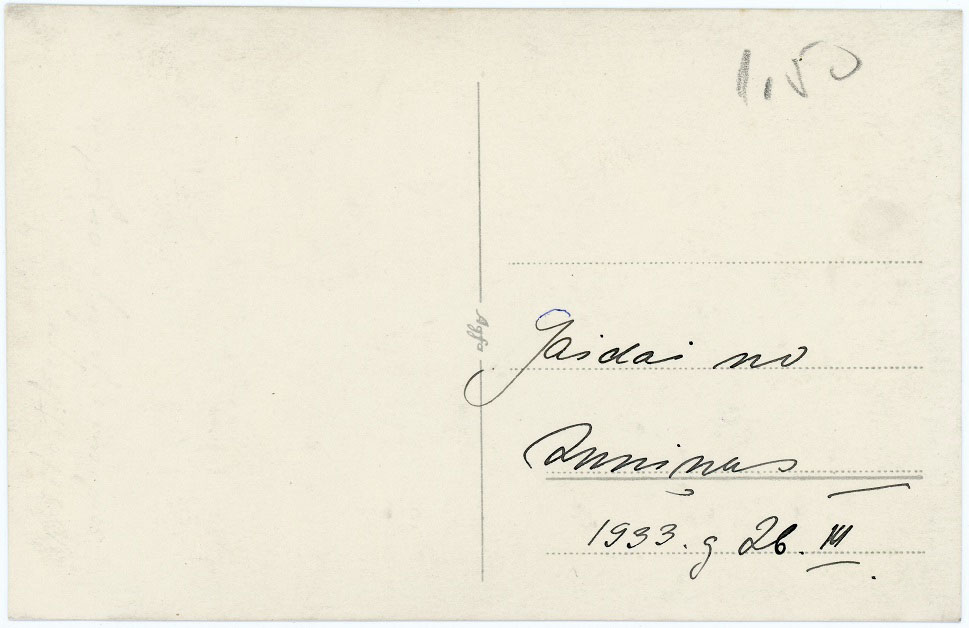 4 thoughts on “Glimpses of Latvian culture”